Golden Teacher Mushroom Effects Of The Brain And Body

Golden Teacher Mushroom Effects Of The Brain And Body 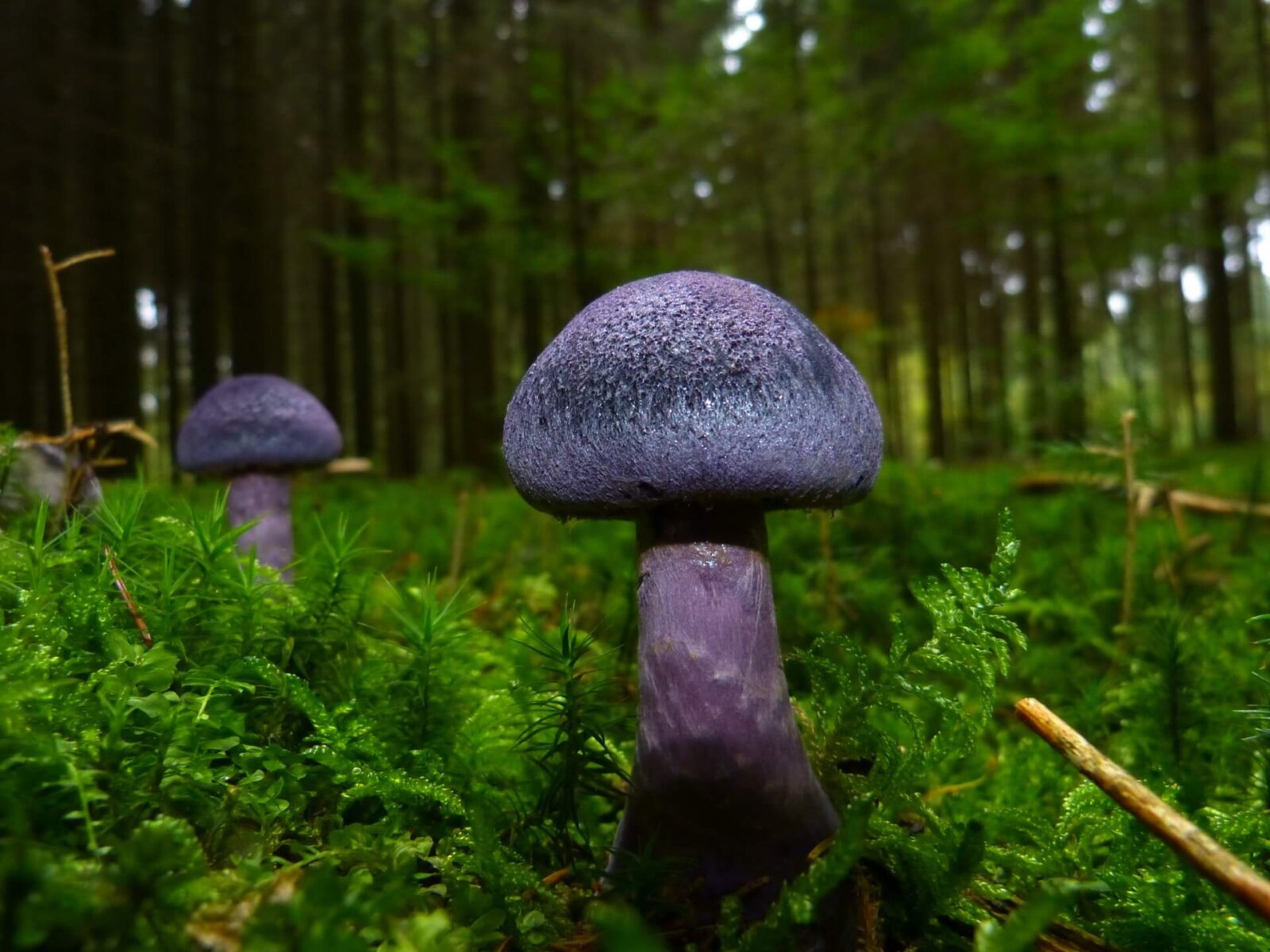 With the recent legalization of psilocybin amongst other drugs in Oregon, and growing interest in legalization by other states, magic mushrooms are here to stay. Magic mushrooms, or those that contain the psychedelic component psilocybin, have received much attention in their healing effects of the brain and body. Specifically concerning those individuals who suffer from anxiety, post traumatic stress disorder, and severe depression. Studies have indicated that psilocybin containing mushrooms show little to no negative side effects, when used responsibly and with a positive open mind. Making them an intriguing option as well for those individuals wanting to switch from using pharmaceutical drugs that have negative side effects of the brain and body long term. With more studies under way, scientists and mushroom enthusiasts alike hope to shed some light on the healing properties of psilocybin containing mushrooms.

One of the most popular magic mushrooms in demand today is the psilocybe cubensis, or more commonly known as the Golden Teacher Mushroom. This well known magic mushroom strain is a species of psychedelic mushroom whose main active elements are psilocybin and psilocin. The p. cubensis species is one of the most well-known psilocybin mushrooms probably because they are easy to cultivate in a home setting, and therefore have been widely distributed in comparison to others. Golden Teacher Mushroom is named after it’s iconic gold-capped appearance, and for its introspective, philosophical effects. The Golden Teacher Mushroom effects of the brain and body is unlike other psychedelic varieties, making it an all time favorite amongst the magic mushroom community. These beautiful mushrooms are able to provide a more guided, educative experience, rather than just a pure “trip” as most experience with other varieties.

Why Psilocybin Is Sought After For Its Effects

Psilocybin is the main ingredient found in several types of psychoactive mushrooms, making it perhaps the best-known naturally-occurring psychedelic drug. Psilocybin is a hallucinogenic substance people ingest from various types of mushrooms that grow in regions of Europe, South America, Mexico, and the United States. Psilocybin is a hallucinogen that works by activating serotonin receptors, most often in the prefrontal cortex. This particular part of the brain affects mood, cognition, and perception for people. It is also important to note that hallucinogens work in other regions of the brain that regulate arousal and panic responses. Psilocybin does not always cause active visual or auditory hallucinations. Instead, it distorts how some people that use psilocybin perceive objects and people already in their environment. Such distortions and experienced realities have proven in studies to have positive lasting results for individuals severely suffering from various psychological disorders. Thus why psilocybin containing mushrooms are sought after for their effects.

Psilocybin and psilocin are the two major psychoactive substances which naturally occur in psychedelic mushrooms, or specifically a Golden Teacher Mushroom. Psilocin is biologically active, whereas psilocybin is a psilocin prodrug, meaning that it is converted into psilocin when ingested via dephosphorylation. Factors such as the amount of ingested mushrooms, personal past experiences, and expectations of how the experience will take shape, can therefore all impact the effects of psilocybin. After the gut digests and absorbs these particular magic mushrooms, the body converts it to psilocybin. The hallucinogenic Golden Teacher mushroom effects of psilocybin usually occur within 30 minutes of ingestion and can last between 4 and 6 hours. Keep in mind though, each person will be affected differently based on the factors named above. In some individuals, the changes in sensory perception and thought patterns can last for several days if not months. Having a clear understanding of possible Golden Teacher Mushroom effects, as well as other species of psilocybin mushroom effects, is imperative in having a positive experience.

Psilocybin is metabolized mostly in the liver. As it becomes converted to psilocin, it undergoes a first-pass effect, whereby its concentration is greatly reduced before it reaches the systemic circulation. Psilocin is broken down by the enzyme monoamine oxidase to produce several metabolites that can circulate in the blood plasma. Some psilocin is not broken down by enzymes and instead forms a glucuronide; this is a biochemical mechanism animals use to eliminate toxic substances by linking them with glucuronic acid, which can then be excreted in the urine. Based on studies using animals, about 50% of ingested psilocybin is absorbed through the stomach and intestine. Within 24 hours, about 65% of the absorbed psilocybin is excreted into the urine, and a further 15–20% is excreted in the bile and feces. It’s important to understand that although most of the remaining drug is eliminated in this way within 8 hours, it is still detectable in the urine after 7 days. In comparison to LSD on a weight per weight basis, Psilocybin is about 100 times less potent with the physiological effects lasting almost half as long. Golden Teacher mushroom effects of the brain and body are a complicated and fascinating look into how nature interacts within itself.

Generally, the Golden Teacher mushroom effects of the brain, or all mushrooms containing psilocybin, are similar to those of Lysergic Acid Diethylamide (LSD). These mushroom effects include an altered perception of time, space, surroundings, and can include an immense change in mood and/or feelings. Possible effects of psilocybin include: Euphoria, Paranoia, Peacefulness, Spiritual Awakening, Confusion, and Quickly Changing Emotions. Derealization is also common for mushroom effects, which is the feeling that an individual’s surroundings are not real. Distorted Thinking, Visual Alteration, Distortions, Frightening Hallucinations, and Depersonalization are also some mushroom effects known. On the other side of the coin, psychological distress is most often the reported negative effects after recreational use of psilocybin mushrooms. This distress can take the form of extreme anxiety or short-term psychosis, depending on the individual’s experience. The environment factor in which an individual or group experiences taking Golden Teacher mushrooms, or other psilocybin mushrooms, is important as well. Those who partake in consuming psilocybin in a calm and supportive environment tend to have a more positive transforming experience.

While brain activity generally returns to normal after Golden Teacher Mushroom effects wear off, research suggests some effects can last longer. One study, published in the Journal of Psychopharmacology, measured how psilocybin affects five domains of personality — Neuroticism, Extroversion, Openness, Agreeableness and Conscientiousness. It found “significant increases in Openness following a high-dose psilocybin session. Openness is a psychological term for an individual’s attitude toward new experiences, and can be associated with traits like Imagination, Creativity and Aesthetic Appreciation. Not only was openness one of the general mushroom effects, but it rose during a psilocybin session. Nearly 60% of study participants, it “remained significantly higher than baseline more than 1 year after the session,” the researchers wrote. A surprising find, since various research has shown that personality doesn’t usually change much after the age of 30. Especially as drastic as found with mushroom effects, such as Golden Teacher Mushroom effects. As we all know from personal experience in most cases, openness tends to decrease as people get older. Not always, but most often.

With a basic understanding of how psilocybin interacts internally when ingested, we can dive into the Golden Teacher mushroom effects of the brain. When you ingest psilocybin internally, your gut then converts it into another chemical called psilocin. This resulting chemical psilocin is what triggers changes in an individual’s brain, where the mushroom effects are most felt. The chemical psilocin then binds with serotonin receptors in the brain, specifically the 5-HT2C receptor. This particular receptor regulates neurotransmitter chemicals that control feelings of appetite, cognition, anxiety, imagination, mood, and perception. It also increases activity in the visual cortex of the brain, leading to changes in perception and visual effects. For those struggling with narcissism, it’s interesting that psilocin has shown to decrease network activity in the “default mode network,” driving the experience of ego loss.

Some of the psilocybin mushroom effects people report is also losing their sense of self while on magic mushrooms. This lack of ego is typically short-lived, but may be related to some longer-lasting mushroom effects of psychedelics. According to a 2017 study published in the journal Neuroscience of Consciousness, temporary ego loss could prove to be very beneficial in the right context. “This ‘ego dissolution’ results in a moment of expanded awareness, a feeling in which the mind is put more directly and intensely in touch with the world,” said co-author Philip Gerrans, a philosophy professor at the University of Adelaide, in a statement. “Through this experience it may be possible to re-engineer the mechanisms of self, which in turn could change people’s outlook or worldview. The profound sense of connection produced by this experience has the potential to be beneficial for people suffering from anxiety, depression and some forms of addiction.” Proving to be substantial hope for those suffering.

Magic And Golden Teacher Mushroom Effects Of The Body

Some of the risks associated with psychedelic mushrooms, such as Golden Teacher Mushrooms, are mostly psychological, not physical. Physically, magic mushrooms containing psilocybin are considered one of the least toxic drugs known. Although lethal doses have been determined from experiments in several animal models, recorded cases of death exclusively attributed to usual doses of psilocybin mushrooms in humans are extremely rare. Golden Teacher Mushroom effects last around 4-6 hours, with peak effects occurring 2-3 hours after ingestion. These effects include sensory enhancement, a sense of time changing (minutes can feel like hours), real or imagined objects appear to be moving (flowing patterns and shapes) both with eyes open or closed. Known side mushroom effects of the body from psilocybin vary, and are becoming more known as research and studies are opening the realm into these magical mushrooms.

But as with any substance, the body can react differently within and for each individual. Based on known studies, there are somewhat common side effects of the body from consuming magic mushrooms containing psilocybin, such as Golden Teacher Mushrooms. Common side effects include: pupil dilation (93%); changes in heart rate (100%), including increases (56%), decreases (13%), and variable responses (31%); changes in blood pressure (84%), including hypotension (34%), hypertension (28%), and general instability (22%); changes in stretch reflex (86%), including increases (80%) and decreases (6%); nausea (44%); tremor (25%); and dysmetria (16%) (inability to properly direct or limit motions). The temporary increases in blood pressure caused by the drug can be a risk factor for users with pre-existing hypertension. These mushroom effects caused by psilocybin have been corroborated by several early clinical studies. A 2005 magazine survey of club goers in the UK found that nausea or vomiting was experienced by over a quarter of those who had used psilocybin mushrooms in the last year. Although it’s important to note that this effect is caused by the actual mushroom, rather than psilocybin itself.

In one study, administration of gradually increasing doses of psilocybin daily for 21 days had no measurable effect on electrolyte levels, blood sugar levels, or liver toxicity tests. Overall, the mushroom effects of the body in an individual using psilocybin vary between each individual. Personal factors such as differences in chemistry, mental state, personality, immediate environment, and personal experience are examples. If the recreational user experiences issues with mental health or feels anxious about using psilocybin, they face a higher risk of having a bad experience. Hallucinogen Persisting Perception Disorder (HPPD), sometimes mistakenly referred to as “flashbacks,” is a condition unique to psychedelics, involving perceptual changes lasting weeks or months following the use of a drug like psilocybin. Though exact prevalence is unknown, HPPD is considered relatively rare, with no physical changes or neurological damage associated as the cause. Overall, we as a human race and society, still have a lot to learn about the Golden Teacher Mushroom effects of the brain. But, thanks to thousands of years of experience and a growing surge of modern research, we have at least learned enough to know it’s probably worth learning more.