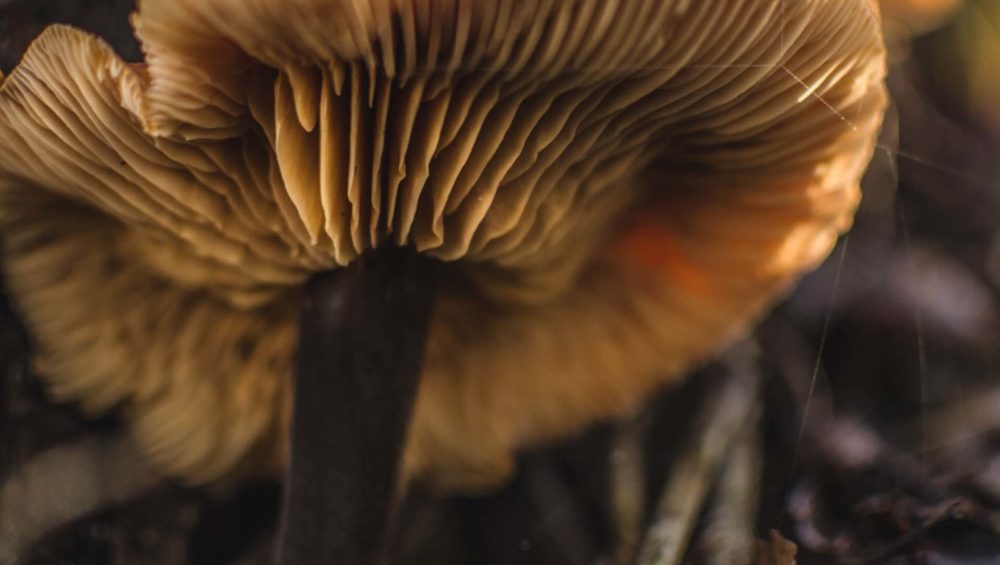 One of the most popular magic mushrooms in demand today is the P. Cubensis, or more commonly known as the Golden Teacher Mushroom strain. Named after it’s iconic gold-capped appearance and for its introspective, philosophical effects, it is a favorite of all time. This well known magical beauty is a species of psychedelic and is scientifically known as Psilocybe Cubensis. Psilocin and psilocybin are the two major active elements of psychedelic species mushrooms, making them especially unique in the fungi worlds. Both Cultivators and Psychonauts alike seek Golden Teacher Mushrooms because of their easy and fast growth cycle, as well as the psychedelic journey they give with a profound impact. These beautiful mushrooms are able to provide a more guided, educative experience, rather than just a pure “trip” as most experience with other varieties. Because their cultivation in a home setting is easier, they have been more widely distributed in comparison to other types of psilocybin mushrooms. In a Golden Teacher Mushroom strain review, its effects on the brain and body is unlike other psychedelic varieties. Again, making it an all time favorite amongst the magic mushroom community at large. Let’s take a look into the divine and unique characteristics that is the Golden Teacher Mushroom strain.

Some History And Facts In Identifying The Golden Teacher Mushrooms Strain

There is still some mystery though when it comes to the history and origin of the Psilocybe Cubensis strain, as with many mushrooms. Although discoveries about mushrooms and their use is still being explored today, there is still much to learn. The exact origin of Golden Teacher Mushrooms strain is still unknown, however, they are often easily recognized with their golden caps speckled with yellow. As no surprise here, the Golden Teacher Mushrooms strain does in fact have fruiting bodies that most often are true to its name. They are elegant and quite large in comparison to the other types of Psilocybe Cubensis. Golden Teacher mushrooms have a distinct appearance, with a long and winding, hollow stipe that is quite thicker towards a base. In particular, Golden Teacher Mushrooms have fruiting bodies with a golden or yellowish colored center, and a partially covered cap. Their cap size can be on the larger size, reaching up to 8 centimeters in diameter and have an elegant look in comparison to its cousins. This particular strain also has gills that may vary between white and purplish brown, making it distinctive. Again, as with any mushroom, it’s important to correctly identify a strain before attempting to collect spores, keep, or consume! Golden Teacher Mushrooms fruit less when compared to other Psilocybe Cubensis strains, however, they also easily grow under optimal conditions. This fact alone also explains why they are more popular and well liked by new cultivators.

As far as the history goes during a Golden Teacher Mushrooms strain review, there are a few facts we know to give somewhat of a timeline. It’s distinctive feature of a yellow or gold cap is what has propelled its identification throughout the years. This species was first described in 1906 by Franklin, found in the country of Cuba and named Stropharia Cubensis. Almost one year later, Narcisse Theophile identified it as Naematoloma in Tonkin, Saskatchewan. Almost four decades later in the state of Florida, it was then named Stropharia Cyanescens in 1941 by William Alphonso Murrill. And then finally in the mid 1980’s (almost another four decades later) it was given its current name and classification of, Psilocybe Cubensis. In better efforts of understanding the origin of its name, each part of the scientific name of the Golden Teacher Mushrooms strain has meaning. Psilocybe is derived from the Greek word Psilos which means a thing with a bare head, and Cubensis referring its origin directly from Cuba. Interestingly enough, some strains of Psilocybe Cubensis Mushrooms are commonly known as Penis Envy Mushrooms due to their shape. Hence the importance of correctly identifying a particular mushroom, as the Penis Envy type is especially more potent.

A Golden Teacher Mushrooms Strains Review Of Effects On The Brain

Golden Teacher Mushrooms Strain experiences are often described as revelatory, or at the very least insightful. Hence their name, as this strain of mushroom provides powerful lessons that remain long after the experience as reported by some. The fruiting bodies of the Golden Teachers Mushrooms strain have a mild potency and a variety of effects on the brain. Generally, all mushrooms containing psilocybin and psilocin, have special effects on the brain similar to Lysergic Acid Diethylamide (LSD). These powerful effects include visual distortions, enhanced colors, lightness or giddiness, powerful emotions and an immense change in mood and/or feelings. Possible effects of psilocybin in particular include: euphoria, paranoia, peacefulness, spiritual awakening, confusion and ironically clarity with quickly changing emotions. Derealization is also common for Golden Teacher mushrooms strain effects, which is the feeling that an individual’s surroundings are not real. On the other side of the coin, psychological distress is most often the reported negative effects after recreational use of psilocybin mushrooms. This distress can take the form of extreme anxiety or short-term psychosis, depending on the individual’s experience. Distorted thinking, visual alteration, frightening hallucinations, and depersonalization are also some psychedelic substance effects known to be ‘scary’ for some. The environment factor in which an individual or group experiences taking Golden Teacher mushrooms, or other psilocybin mushrooms, is important as well. Those who partake in consuming psilocybin in a calm and supportive environment tend to have a more positive transforming experience.

While brain activity generally returns to normal after magic mushroom use, such as with the Golden Teacher Mushrooms strain, research suggests some effects can last longer even after wearing off. One study, published in the Journal of Psychopharmacology, measured how psilocybin affects five domains of personality — Neuroticism, Extroversion, Openness, Agreeableness, and Conscientiousness. It found “significant increases in Openness following a high-dose psilocybin session. Openness is a psychological term for an individual’s attitude toward new experiences, and can be associated with traits like Imagination, Creativity and Aesthetic Appreciation. Not only was openness one of the general mushroom effects, but it rose during a psilocybin session. Nearly 60% of study participants, it “remained significantly higher than baseline more than 1 year after the session,” the researchers wrote. A surprising find, since various research has shown that personality doesn’t usually change much after the age of 30. A recommended dosage for dried Golden Teacher Mushrooms strain ranges between 1 gram and 2.5 grams. This dose allows a margin of error for new people who have never used this strain of mushroom, but could also be small for regular and experienced partakers. The Golden Teacher Mushrooms strain can take effect in as quickly as 20 minutes, and the experience usually lasts for four to six hours.

In a Golden Teacher Mushrooms strain review, these magical little guys offer mildly higher psychedelic effects, explaining why they are considered a gateway mushroom for newbies. Golden Teachers get their fame from the spiritual effects and shamanistic characteristics that are attributed from their use. It’s common knowledge that after consuming Golden Teacher Mushrooms users will get a feeling of gentle enlightenment and loss of the human ego. They are helpful in connecting the true spirit to nature and all that lies within. Again, hence their name  as it is also derived from their special abilities of healing the ego mind. Some of the psilocybin mushroom effects people report is also losing their sense of self while on magic mushrooms. This lack of ego is typically short-lived, but may be related to some longer-lasting mushroom effects of psychedelics. According to a 2017 study published in the journal Neuroscience of Consciousness, temporary ego loss could prove to be very beneficial in the right context. “This ‘ego dissolution’ results in a moment of expanded awareness, a feeling in which the mind is put more directly and intensely in touch with the world,” said co-author Philip Gerrans, a philosophy professor at the University of Adelaide, in a statement. “Through this experience it may be possible to re-engineer the mechanisms of self, which in turn could change people’s outlook or worldview. The profound sense of connection produced by this experience has the potential to be beneficial for people suffering from anxiety, depression and some forms of addiction.” Proving to be substantial hope for those suffering from severe mental disorders, according to Golden Teacher Mushrooms strain review.

Why And How People Grow The Golden Teacher Mushroom Strain

Growing With A Golden Teacher Mushroom Grow Kit: Usually the best method for growers who are less knowledgeable and experience with the entire mushroom growth cycle. Or alos for those cultivators who want quick results, or less time before fruiting and harvesting. When using grow kits, however, you must be at least familiar with their instructions. Grow kits have already used the spores for inoculation, and in essence have already done most (if not all of the work) in growing the mycelium needed for fruiting bodies. Grow Kits have essentially ‘frozen or stilled’ the mushroom growth process just before the fruiting takes place. As long as required environmental conditions are met, a flush or harvest of Golden Teacher Mushrooms will grow. Grow Kits basically save the grower time and efforts required during the mushrooms entire growth cycle.

Find A Golden Teacher Mushrooms Strain From A Reputable Source

There’s a reason why the Golden Teacher Mushrooms strain has always been a favorite among growers for years, they are easy to grow and provide enlightenment gently. Of all the psilocybin strains known, Golden Teacher Mushrooms tend to be the easiest to find. In fact, in today’s world, magic mushrooms information and products are ever more accessible than in the past. When searching online for where to find authentic Golden Teacher Mushrooms, make sure to look for some key services the retailer can provide. Such services should include: knowledgeable staff members, discreet and professional shipping options with order tracking and reliable delivery, and of course excellent customer service available at any time. Knowledgeable staff members should be well aware of their city, state, and country laws/regulations concerning psilocybin mushrooms. Clear communication and excellent customer service from an online provider should also be apparent once contacted. After those key services are confirmed, narrowing down a potential Golden Teacher Mushroom strain provider is less daunting. A reliable company with an easy to navigate website, positive reviews and feedback, and excellent source of communication is a great start. Reputable and knowledgeable providers that offer premium options can end up saving an interested individual time, money, and energy in their Golden Teacher Mushrooms strain review. Again though, be advised that psilocybin mushroom spores retailers will deny the sale if they suspect they will be intended for cultivation purposes without the proper licensing. Stay safe, stay knowledgeable, and enjoy your journey of the Golden Teacher Mushrooms strain review!