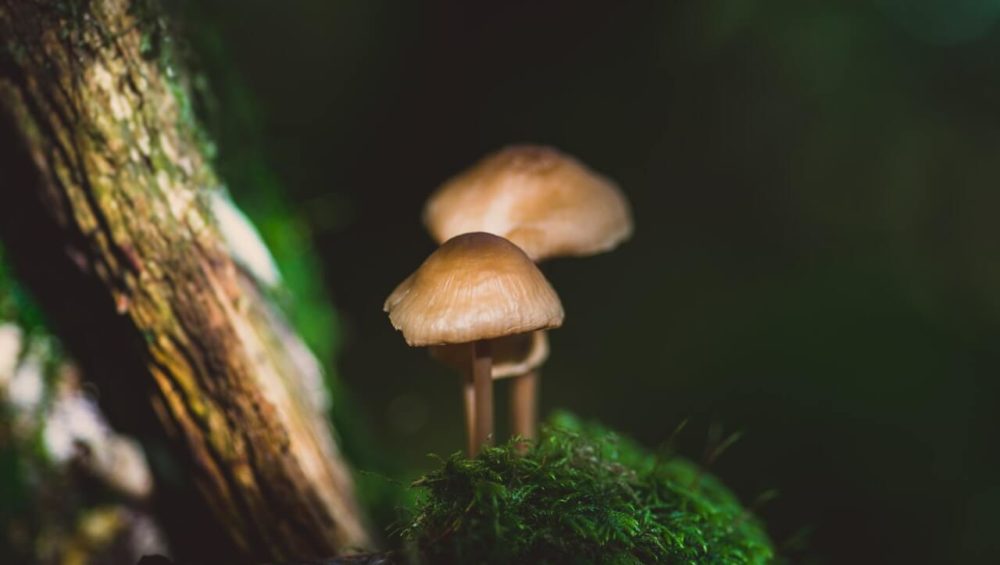 When growing mushrooms at home with out psilocybin growkit, be prepared to think of it less like growing vegetables and more like having a sourdough starter. If you get too ambitious with your growing operation, you could easily end up with way more mushrooms than you know what to do with. On the other hand, if you don’t take the necessary precautions, you could end up with a big moldy mess.

For those who are just curious about growing mushrooms at home, a psilocybin growkit is a fun and worthwhile purchase to get you started. A psilocybin growkit is also a good introduction into magic mushroom growing for anyone without experience. Psilocybin growkits are great for those not wanting to make their own substrate (a substrate is a bulk material that the mushroom mycelium can use for energy and nutrition) or do not have the resources to sterilize materials. Give your magic mushroom kits the right lighting, humidity, temperature and clean environment and they’ll produce plenty of psychedelic heads. FungusHead has everything you need to grow your very own magic mushrooms, from the kits themselves to products such as heated mats and thermo-hygrometers, as well as full mycological study kits.

Before we get into what actually is a psilocybin growkit, let’s take a look at what a psilocybin mushroom is and why it is coveted to consume. Did you know that there are over one hundred and eighty different species of psilocybin containing mushrooms?! These diverse fungi hail from roughly a dozen genera, but are often lumped together as “psilocybin mushrooms.” Most belong to the genus Psilocybe, including well-known species like P. Cubensis (Penis Envy) and P. Semilanceata (Liberty Cap). Psilocybin mushrooms might be so diverse, according to a study in Evolution Letters, because they didn’t inherit the genes behind psilocybin from a common ancestor. Instead they passed them directly among distant species in a phenomenon called “horizontal gene transfer.” Psilocybin could have originally evolved as a defense mechanism, the study’s authors suggest, deterring fungi-eating pests by “altering the insects’ ‘mind’.” Which quite possibly could explain the mushrooms unique characteristics that make it psychedelic.

If you plan on searching for mushrooms in the wild, your best bet may be to try densely forested areas close to water. Mushrooms require nutrients and moisture to grow, and these habitats provide both. Some species also grow in fields and grassland. P. Cubensis is also one of the easiest types of mushrooms to grow at home, which is why psilocybin growkits are available. The other group of magic mushrooms is considerably smaller, but has a rich history of religious use back in time. It consists of one iconic species Amanita Muscaria (think the Mario Brothers Game mushroom), and a few less famous relatives like Amanita Pantherina (Panther Cap). Instead of psilocybin or psilocin, its main hallucinogens are chemicals known as muscimol and ibotenic acid. These “muscimol mushrooms” are related to some notoriously toxic fungi, namely Amanita Phalloides (Death Cap) and Amanita Ocreata (Destroying Angel). They’re generally less poisonous than those killer cousins, but given the high stakes of a mushroom mix-up, non-experts are advised to steer clear of Amanita varieties altogether.

Using A Psilocybin Growkit For Cultivation

Using a psilocybin growkit for cultivation basically cuts out all the options and steps listed above, and can save both money and hassle for the grower. Although the prospect of psilocybin mushroom spores cultivation at home may sound daunting, with some basic knowledge the process is fairly simple.

In the purest sense, to grow mushrooms, you need a mycelium substrate and a hospitable environment for the mycelium to thrive. The P. cubensis mycelium is simply the underlying fungus that grows into your edible fruiting body mushrooms. Because growing kits include the mycelium and the fruiting environment or grow box, it makes the growing process very easy and straightforward. A psilocybin grow kit provides almost everything a mushroom cultivator would need, without the hard work of germinating the spores themselves. When using a psilocybin grow kit, however, there is a potential risk of contamination, lack of consistency, and even fake or misidentified products.

The Difficulties That Can Come With Learning How To Grow Mushrooms

Contamination – Learn what the early signs of contamination look like. It will save you time and money. As soon as contamination is spotted the contaminated item should be completely removed from the growing area.

Ventilation – When working with mushroom spores, it is important to ventilate the work-space once finished and the samples are secure.

Organization – Label your growing environment/jars and samples with the species/strain, date, and batch number to avoid any unneeded confusion. And always stick to the technique you started with in your journey of how to grow mushrooms.

Substrate Conditions: One of the most common mistakes is usage of a substrate that is too wet or too dry for mushrooms. The substrate should be damp but not wet, with a gentle squeeze enough to release a few drops of excess water.

Keeping an eye on your mushrooms during their growth cycle is key to ensuring a healthy growing environment is being met. Give your mushrooms the right amount of light, humidity, temperature, and clean environment and they will produce plenty of psychedelic heads.

Magic mushrooms grow naturally all over the globe, in many different regions of the world. Therefore, if you live in the right place, you may be lucky enough to find some in the wild. However, for those without experience, it is easy to misidentify mushrooms – a potentially lethal mistake. The best way to stay safe is to grow psilocybin mushrooms at home or buy from a reputable source. Due to their current legal status, the latter may not be an option for most. It is, however, possible to purchase spores as these do not contain the active compound psilocybin. That said, please note that growing shrooms is also illegal and readers choose to do so at their own discretion. Again, this article is for informational purposes only about psilocybin.

Whether or not such psychedelic therapies like psilocybin will become federally legal, is still far from reality in today’s world. According to the Drug Enforcement Administration (DEA), psilocybin is a “chemical obtained from certain types of fresh or dried mushrooms.” The mushrooms containing psilocybin are also known as magic mushrooms, hallucinogenic mushrooms, or “shrooms”. In the United States, psilocybin is a Schedule I drug under an amendment to the Controlled Substances Act called the Psychotropic Substances Act. This means that it has a high potential for abuse, has no currently accepted medical use, and is not regarded safe for use. This includes even under a doctor’s supervision. Since psilocybin is a psychotropic substance found in magic mushrooms, this is usually interpreted to mean that the mushrooms themselves are illegal. However, since mushroom spores don’t contain psilocybin, some have pointed to this as an ambiguity in the federal law. The legality of possessing, growing, consuming, or selling magic mushrooms greatly depends upon where you live. Ensuring what laws are applicable concerning magic mushrooms and a psilocybin grow kit are imperative for anyone seeking to cultivate these magnificent mushrooms.