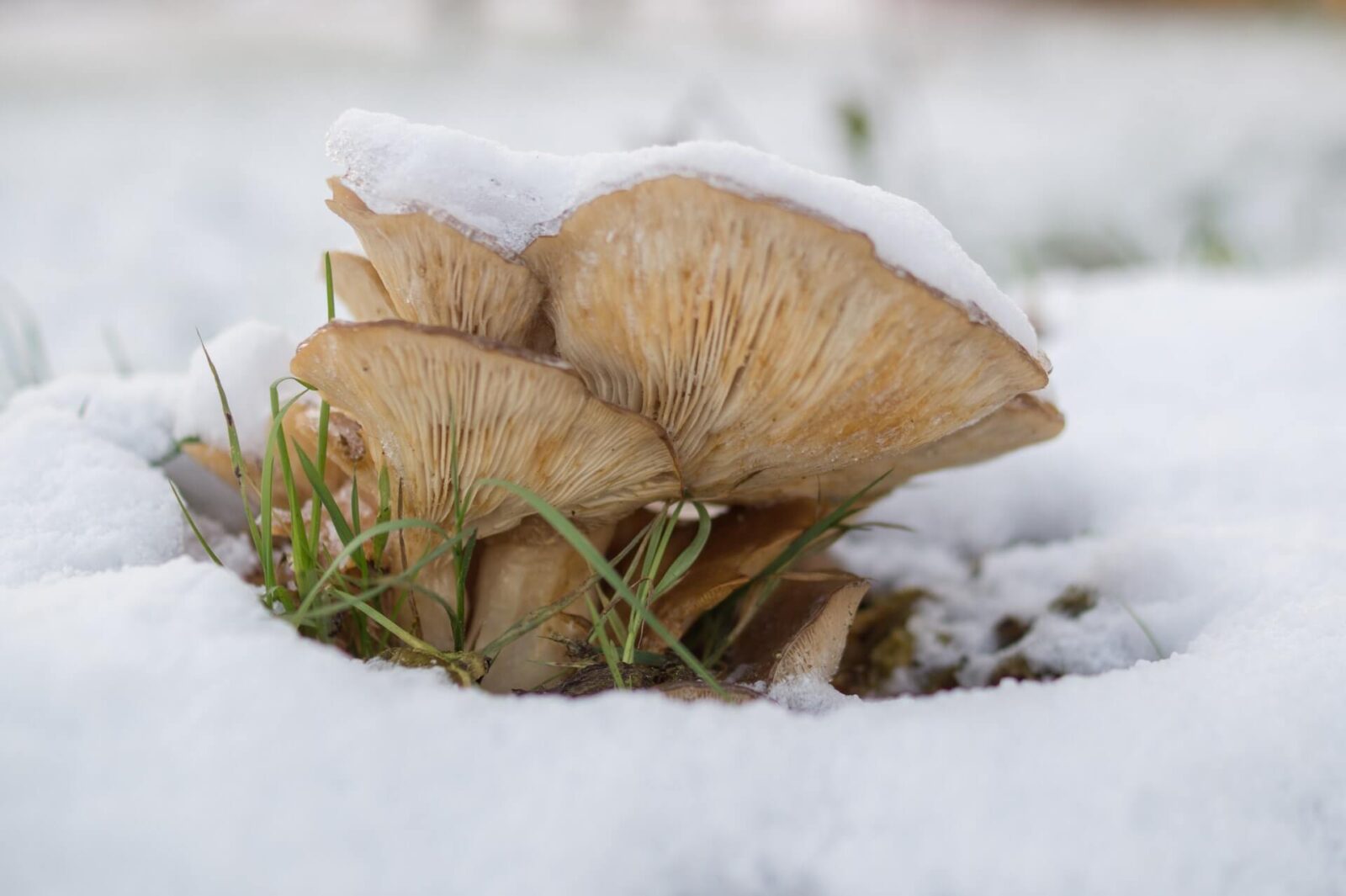 With growing interest in magic mushrooms (mushrooms that naturally contain the psychedelic element of psilocybin) there has also been a growing interest and demand on where to get psilocybin mushroom spores. Whether for pure interest, experimentation, or personal reasons it is important to understand the obtaining and possession of psilocybin mushroom spores legally. Finding a good source of spores depends on many factors. Spore buyers should be prepared to spend some time in online forums that discuss psilocybin mushroom spores, shop around the internet for legitimate sources, and stay updated with their current laws of where they live. Unless you live in the Netherlands, or more recently in Oregon in the USA where it is currently legal to do so- staying informed is key. You don’t have to be a scientist to buy spores, but you must be knowledgeable. One great place to start is reputable psilocybin mushroom providers that provide key information about not only their products for purchase, but also reliable information about magic mushrooms as a whole including their legality and restrictions. Taking the time to compare and research where to get psilocybin mushroom spores will prove to be an investment worth taking.

So what exact characteristics qualify a particular mushroom to be considered “magical”? The types of mushrooms containing psilocybin are most commonly known as “magic mushrooms”. Psilocybin mushrooms are among the oldest recreational drugs that human beings have ever used, and what is even more amazing is that they are still actively used today! Mushrooms, or fungus if you will, have been mentioned and referenced throughout our history of civilization through ancient cave paintings, manuscripts, and constructs. They continue to be referenced in pop culture, music, movies, and many books. Some recent research is not only suggesting, but proving, that psilocybin mushrooms may have beneficial medicinal properties as well bringing about their most recent popularity.

Magic mushrooms are often small, and are usually color shades ranging between brown and tan, to a golden beige. At first glance most psilocybin mushrooms do not look particularly magical, or out of the ordinary. In fact, the scientific name of the popular Psilocybe Cubensis for example, roughly translates to “bald head,” befitting the mushrooms’ rather plain-looking appearance. In the wild, people commonly mistake magic mushrooms containing psilocybin for any number of other mushrooms that are poisonous. Hence the importance of becoming knowledgeable about mushrooms, as well as being able to properly identify them.

Now that a potential buyer has established they can legally buy spores, which ones do they choose to purchase? There are several common kinds of psychedelic mushroom spores that buyers can find for sale. Magic mushrooms tend to have different strains, which are named typically after the location in which they are found, or the physical characteristics that are observed. Some are more potent than others in the amount of psilocybin or psilocin content that is contained within them, some will be larger, or smaller, and some may have different coloration, or become mutated like in the case of Penis Envy. The majority psilocybin mushrooms are either tropical or subtropical, and prefer composted manure or dung in areas of land that are well fertilized to thrive. The not so common psilocybin mushroom varieties are commonly called “exotic,” although the majority of psilocybin genera spores are technically exotic if you live in the United States of America. The most common species of psilocybin mushroom spores sold include:

Psilocybe Cubensis – is on the larger side as far as magic mushroom size goes. It’s also one of the most common. Called the common large Psilocybe, golden cap or Mexican mushroom, it has many different types. The cap is usually reddish brown, with a white or yellowish stem. When bruised or crushed, its sticky flesh often turns bluish. Some people consider this a definitive sign of finding a magic mushroom, but some toxic types of mushrooms bruise as well. It’s usually found in moist, humid climates and grows on the dung of grazing animals like cattle.

Panaeolus Cyanesens – this species has been considered by some experts as one of the 4th most potent mushrooms found on earth. Young caps start out light brown and fade to off-white or light gray at maturity, sometimes with yellowish or brownish tones. This species grows scattered gregariously in dung and fertilized pastures and fields in most semi tropical zones. Known as a very strong producer of psilocybin/psilocin, these particular mushrooms show a very strong blueing reaction when bruised. Although they can be domesticated and grown indoors with patience and lots of TLC, they are not nearly as easy to grow as their sister cubensis. Panaeolus Cyanesens are geared towards the intermediate and advanced growers looking where to get psilocybin mushroom spores.

Psilocybe Semilanceata – or also known as “liberty cap” is a very common psilocybin mushroom. Found in damp, grassy fields usually populated by cattle or sheep but unlike P. cubensis, it doesn’t grow directly on the dung. It’s a small mushroom, either light yellow or brown, with a very pointed cap. Another psilocybe mushroom, Psilocybe pelliculosa, is often mistaken for P. semilanceata, but its psychotropic properties are weaker.

Psilocybe Mexicana – with early known beginnings of usage by the natives of Central America and North America over 2,000 years ago, this species has been long observed. Identified as brown or beige to straw color in age, sometimes with blueish or greenish tones, this species also easily turns blue when injured. Psilocybe mexicana grows alone or in small groups among moss along roadsides and trails, humid meadows, humid cornfields, and in particular in the grassy areas bordering deciduous forests.

Buyers And Their Rights In Obtaining Psilocybin Mushroom Spores

Surprisingly enough, in many places buying psilocybin spores is perfectly legal. Thanks to a loophole in legal explanation that penalizes the possession, sale, and transport of psilocybin mushroom- spores are the only exception. And that’s because psilocybin mushroom spores don’t actually contain psilocybin ironically. Therefore, since spores do not contain any active hallucinogenic compounds, they can legally be bought and sold in most states. However, with the exception of Oregon residents as of January 1st 2021, residents everywhere else in the United States should be aware buying spores still comes with its own risks. Buying psilocybin spores with the intent to study, research, identify, or other non-germination may be legal, but germinating those same psilocybin mushroom spores is not.

Most residents in the United States can legally buy psilocybin mushroom spores, as long as the spores do not germinate. Many spore providers articulate that they are selling spores for “educational or research and identification purposes” to clarify that the spores are not intended for mushroom home growing. Or in other words, clarification that customers buying spores have the intention that those bought are to remain spores. While the state a buyer lives in may allow the purchase of psilocybin mushroom spores, germinating them is still prohibited. (With the recent exception of Oregon beginning January 2021.) Both mycelium and fruiting mushrooms contain psilocybin, which is still on a federal level illegal. Or in other words, as soon as psilocybin mushroom spores begin to germinate into mycelium, law enforcement can legally charge the grower with cultivation or possession of a controlled substance. The same goes for the possession or sale of fresh and dried psilocybin mushrooms.

How Psilocybin Mushroom Spores Are Sold

When learning where to get psilocybin mushroom spores, most buyers will find they are sold in two ways/ preparations: Spore Prints and Spore Syringes. A mushroom spore print is a dense cluster of spores that have fallen from the gills of a mushroom onto a flat surface, which takes the shape of the gills. Spore prints more resemble a stamp, and are made on a sheet of paper by laying a fresh mushroom cap face-down overnight. In fact, spore prints are used for making spore syringes. A spore syringe is a premade product that contains the spores of a mushroom suspended in an aqueous solution, and should not contain any other spores or microbes. The water suspends the spores in solution without destroying them, and reputable psilocybin mushroom spores providers will often use purified water. Typically a spore syringe will come with a sterile needle for easy dispensing onto microscope slides. For any buyer considered a beginner at using psilocybin mushroom spores, it is most often recommended to buy a pre-made syringe from a reliable source. Thus improving the buyers chances of success in any microscopy experiments.

Where to Get Psilocybin Mushroom Spores in the United States

Unfortunately in certain states, there is currently a push to criminalize the spores under the assumption that anyone buying them will use them to cultivate the mushrooms. Since the spores are often only purchased to cultivate the mushrooms themselves for recreational use, their legal status could change in the near future across the country. Especially with Oregon now on board in decriminalizing psilocybin amongst other drugs starting January 2021. But all potential buyers should keep in mind that anyone proven to be using psilocybin mushroom spores to cultivate psychedelic mushrooms will likely experience legal problems and may even be prosecuted as a result. Hence the importance of where and if the potential buyer can get psilocybin mushroom spores legally, and also possess them depending on where the buyer lives.

Reputable and highly recommended magic mushroom providers tend to be a great resource for pertinent information on where to get psilocybin mushroom spores. Nonetheless, finding spores for sale can be somewhat tricky when looking. After all, psychedelic mushrooms are still taboo and the mushrooms themselves are illegal to germinate and cultivate. Still, that doesn’t mean finding where to get psilocybin mushroom spores is impossible as they are certainly available. These days, most spores are purchased over the internet. One great source is an Educational Vendor, which can be defined as someone who sells spores for the sole purpose of research, identification, and education. Educational vendors will also clearly identify that the spores should not be germinated into mycelium or fruiting mushrooms, which again is illegal on a federal level.

One of the most challenging factors about shopping for psilocybin mushroom spores online is knowing whether or not you’re buying from a legitimate source. Psychedelic culture and interest may be on the rise and demand, however it is still mostly underground. Before ordering from a promising website, consider posting in a Reddit or Shroomery thread to see if anyone else is familiar with the supplier. Researching and comparing when looking through websites is key in determining if a company is what it portrays. Important standard aspects to look for and compare with website legitimacy include: About Pages, Contact Pages, Reviews, FAQs, and Recognizable Payment Options.

Again, legitimate spore traders such as Educational Vendors should also be knowledgeable about the laws that come with psilocybin mushroom spores. Choosing websites that sell their products for research, identification, and educational purposes only are a great source. Reading reviews posted on the website and looking up additional online reviews can also help a psilocybin mushroom spores buyer determine the quality and legitimacy of a vendor. Keeping in mind that the greater number of reviews available and the longer the review history, the better. In fact, one of the best ways to determine an online site’s legitimacy is by reaching out to their customer service. Whether it be giving them a call if a phone number is listed, or sending an email, making connections before buying can help you determine the legitimacy of the vendor. And remember, online spore providers will not sell to you if you disclose that you will be germinating the spores to produce psilocybin mushrooms. Learning where to get psilocybin mushroom spores may take some time, but finding the right provider for your spores is time well spent in the long run.