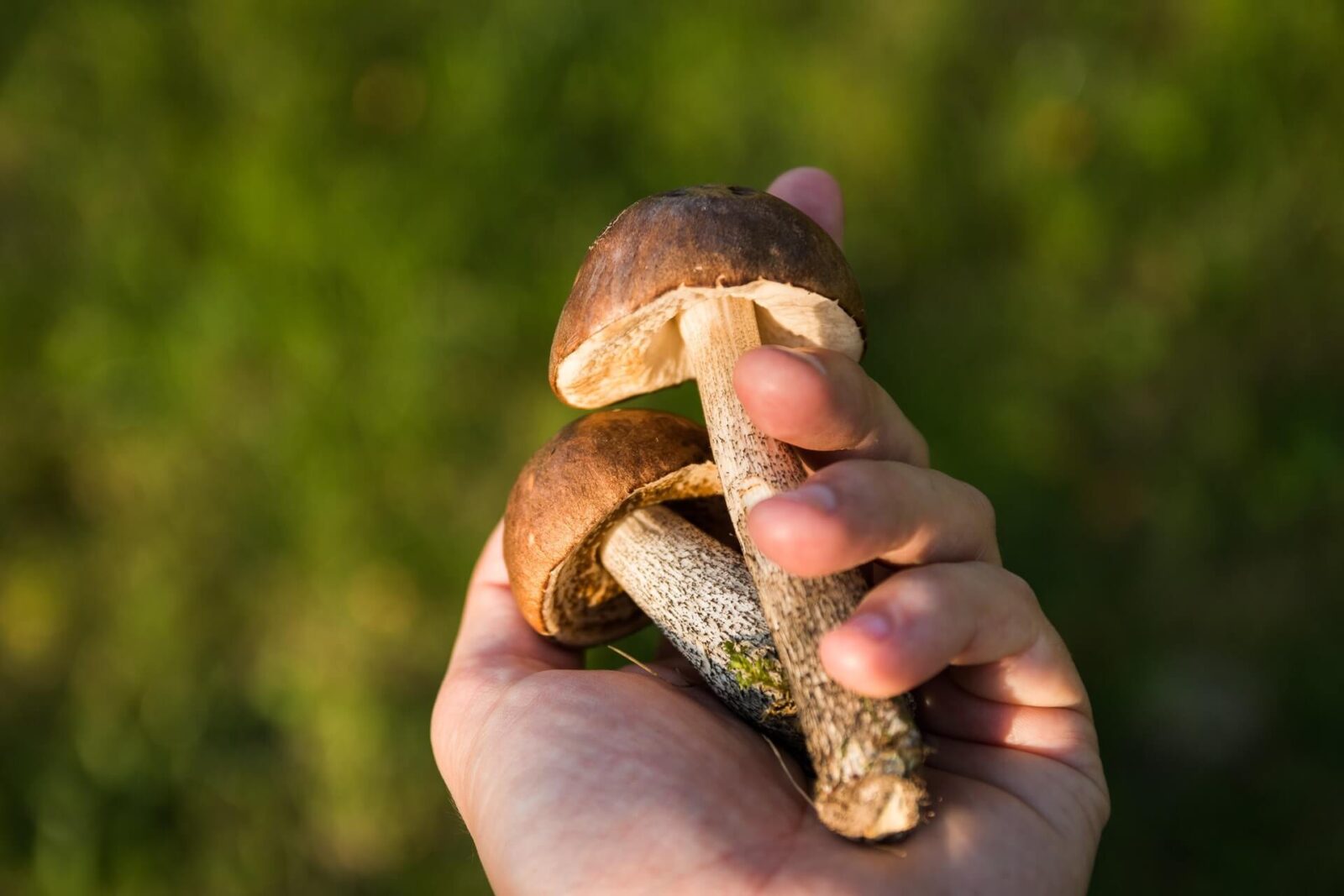 With more and more attention brought to the wonderful world of mushrooms, it’s no wonder that Penis Envy Mushroom effects are a popular topic. For anyone new to the mushroom world, are magic mushrooms like Penis Envy safe to use? And can you find and buy magic mushrooms like Penis Envy legally? These are both important questions to find the answers to before exploring the options of use for yourself. Penis Envy mushroom effects are experienced differently by each person on some level, but as a whole have been regarded safe when used responsibly. In fact, in the admired mycologist Paul Stamets’ mushroom identification guide, Psilocybin Mushrooms of the World, he calls P. Cubensis “the most majestic of the Psilocybes” because of its beautiful color and psychedelic transformative properties. Let’s take a look into the P. Cubensis species that is ‘Penis Envy’ as a whole, addressing its effects and use in today’s world.

So what exact characteristics qualify a particular mushroom like Penis Envy to be considered “magical”? Penis Envy and similar types of mushrooms containing psilocybin are most commonly known as “magic mushrooms”. Psilocybin mushrooms also are mushrooms which contain not only the hallucinogenic substances psilocybin and psilocin, but baeocystin and norbaeocystin as well. Magic mushrooms are among the oldest recreational drugs that human beings have ever used, and what is even more amazing is that they are still actively used today! Fungus and mushrooms have been mentioned and referenced throughout our history of civilization thru ancient cave paintings, manuscripts, and constructs. They continue to be referenced in pop culture, music, movies, and many books. Some recent research is not only suggesting, but proving, that Penis Envy and other psilocybin mushrooms may have beneficial medicinal properties as well.

Magic mushrooms are often small, and are usually color shades ranging between brown and tan, to a golden beige. At first glance magical mushrooms, or Psilocybe Cubensis by their scientific name, do not look particularly magical. In fact, the scientific name of this little brown-and-white mushroom roughly translates to “bald head,” befitting the mushrooms’ rather plain-looking appearance. But those who have ingested a dose of P. Cubensis say it changes the user’s world completely. Psilocybin is most commonly found in wild or homegrown mushrooms, and sold either fresh or dried. In the wild, people commonly mistake magic mushrooms containing psilocybin for any number of other mushrooms that are poisonous. Hence the importance of becoming knowledgeable about mushrooms including how to properly identify them and their known Penis Envy mushroom effects.

The Glory That Is Penis Envy Mushrooms

From a science standpoint Penis Envy mushrooms belong to the Fungus Family of Hymenogastraceae, with previous affiliations of Stropharia Cubensis. This particular mushroom is collected and grown as an entheogen and recreational drug, despite its difference in legality within many countries. In mycologist Paul Stamets’ mushroom identification guide, he refers Penis Envy and/or he P. cubensis species “the most majestic of the Psilocybes” because of their easy-to-recognize size and golden color. Penis Envy mushrooms are characterized by their mutant penis like appearance, hence their unique and appropriate name. Like all Psilocybes, P. cubensis’ color depends on its level of hydration; they also turn a bluish color when handled due to psilocin oxidizing (basically being exposed to oxygen). Besides it’s higher potency, the Penis Envy mushroom also looks different than its other family relatives. Distinct from other psilocybe species, P. Cubensis is relatively larger in size and has unique wider caps that widen with maturity. They are typically thick, twisted stemmed mushrooms with a bulbous cap. With true genetics, their bulbous cap will sometimes separate from their stem as observed. People interested in science seek these particular types of mushroom as they are easy to grow. The Penis Envy is a very potent magic mushroom strain that is known to have a higher amount of Psilocin and Psilocybe. Magic mushrooms have a vast and somewhat limited known history so the Penis Envy origin is still up for debate. Overall, this is the most famous and widely consumed magic mushroom in the world as we know today. Some Penis Envy mushroom sources have large collections of P. Cubensis mushroom spore prints that can be used to grow mushrooms. Spore prints are used for microscopy research or for making spore syringes.

Amongst mushroom and psilocybin enthusiasts, the Penis Envy Mushroom is an absolute winner for most. Not only does Penis Envy contain more ‘magic or psilocybin’ than other P. Cubensis strains, but can be grown at home as well. Interestingly enough, psilocybin mushrooms are the most commonly used psychedelics among people ages 34 and younger. And a 2012 study of 409 university students in the American northeast found that nearly 30% of those surveyed had tried mushrooms at least once. Those who have tried psilocybin mushrooms and have experienced Penis Envy Mushroom effects have reported:

For most, Penis Envy mushroom effects will have you experience level 4-5 trips that take you to a different dimension for hours. A report from data collected in the 2010 NSDUH study show that, compared to other drugs, hallucinogens — which, according the NSDUH, includes LSD, PCP, peyote, mescaline, psilocybin mushrooms, and MDMA (ecstasy) — were used by about 1.2% of the population of people 12 years of age and older within the past month. Interestingly too, prescription “psychotherapeutics” are reportedly used illegally at a rate nearly 6 times that of hallucinogens.

The appropriate dosage of psilocybin can vary depending on the intended purpose. Psilocybin, like other psychedelics, often evokes conscious awareness of subconscious thoughts and feelings, such as repressed memories, feelings about life circumstances, fantasies, or deep fears. Thus, if looking into Penis Envy Mushroom effects, it is important for that person to be prepared to deal with unusual or challenging thoughts, images, and feelings in an open and thoughtful manner. It is also best to use Penis Envy Mushrooms (or any psilocybin mushrooms) with someone not under the influence of the substance (a “guide”) who can prevent the user from engaging in dangerous activities. Although psilocybin is considered active at doses around 3-4 mg, a common dose used in clinical research settings ranges from 14-30 mg. Listed below are a selection of psilocybin dosages used in clinical trials and the associated medical condition the dosage was aimed at treating:

Penis Envy Mushroom effects are usually felt when taken orally either by eating dried caps and stems or steeped in hot water and drunk as a tea, with a common dose around 1-2.5 grams. Penis Envy Mushrooms usually have a bitter taste, so people consume them either as a brewed tea or prepared with a food item. Preparing mushrooms with a food item helps to mask or neutralize the sometimes bitter taste. Some people even prefer sweetness to counteract the bitterness by covering them with chocolate. For those who wish to not eat or chew mushrooms with psilocybin, supplements can be found as well. There are manufacturers that crush dried mushrooms into a powder and prepare them in capsule form.

Amid this upswell of research, the old caricatures of psilocybin mushrooms seem to be quickly changing. Psilocybin was also recently designated a “breakthrough therapy” for depression by the U.S. Food and Drug Administration, and in late 2019, a major study found “no serious adverse effects” in 89 healthy volunteers, and no negative effects on cognitive or emotional functioning. The U.S. cities of Denver and Oakland both decriminalized psilocybin in 2019, for instance, and similar efforts are now underway elsewhere, including some at the state level. Oregon this year for example legalized all drugs in its state, giving residents the right to use Penis Envy mushrooms without fear of criminalization.

Penis Envy effects are highly variable and depend on the mindset and environment in which the user has the experience, factors commonly referred to as set and setting. In the early 1960s, Timothy Leary and colleagues at Harvard University investigated the role of set and setting on the effects of psilocybin. Leary and his colleagues administered the drug to 175 volunteers from various backgrounds in an environment intended to be similar to a comfortable living room. Ninety-eight of the subjects were given questionnaires to assess their experiences and the contribution of background and situational factors.

Individuals who had experience with psilocybin, such as Penis Envy mushrooms, prior to the study reported more positive experiences than those for whom the drug was novel. Group size, dosage, preparation, and expectancy were important determinants of the drug response. In general, those placed in groups of more than eight individuals felt that the groups were less supportive, and their experiences were not as pleasant. Conversely, smaller groups (fewer than six individuals) were seen as more supportive. Participants also reported having more positive reactions to the drug in those groups. Leary and colleagues proposed that psilocybin heightens suggestibility, making an individual more receptive to interpersonal interactions and environmental stimuli. These findings were affirmed in a later review by Josten Berge (1999), who concluded that dosage, set, and setting were fundamental factors in determining the outcome of experiments that tested the effects of psychedelic drugs on artists’ creativity.

Penis Envy Mushrooms Effects And To Be Taken Responsibly

It’s natural for anyone curious about trying magic mushrooms for the first time to feel skeptical and fear having a “bad trip”. Negative Penis Envy Mushroom effects when used improperly could include dysphoric hallucinations, uncontrollable paranoia, and reckless behaviours. Bad trips are certainly possible, but the risks can be minimised by experiencing Penis Envy Mushrooms responsibly and with an open mind. Being prepared and knowing your motivations before undertaking a psychedelic experience can help manage the risks. The Registry of Toxic Effects of Chemical Substances assigns psilocybin a relatively high therapeutic index of 641 (higher values correspond to a better safety profile); for comparison, the therapeutic indices of aspirin and nicotine are 199 and 21, respectively.

Risk of fatal overdose is virtually nonexistent with Penis Envy Mushrooms however, risky behaviors sometimes occur while people are under the influence. Due to the lack of quality control regulations under prohibition and the risk of consuming things growing in nature, there is potential for people attempting to pick psilocybin mushrooms in the wild to accidentally take poisonous mushrooms instead. Similarly, though also very unlikely, poisonous mushrooms are sometimes misrepresented and sold as psilocybin, and these do come with more physical risks, including fatal. Learning and understanding everything there is to know about Penis Envy mushrooms and magic mushrooms as a whole is imperative. Finding a reliable and reputable source is also key in having a positive learning experience.