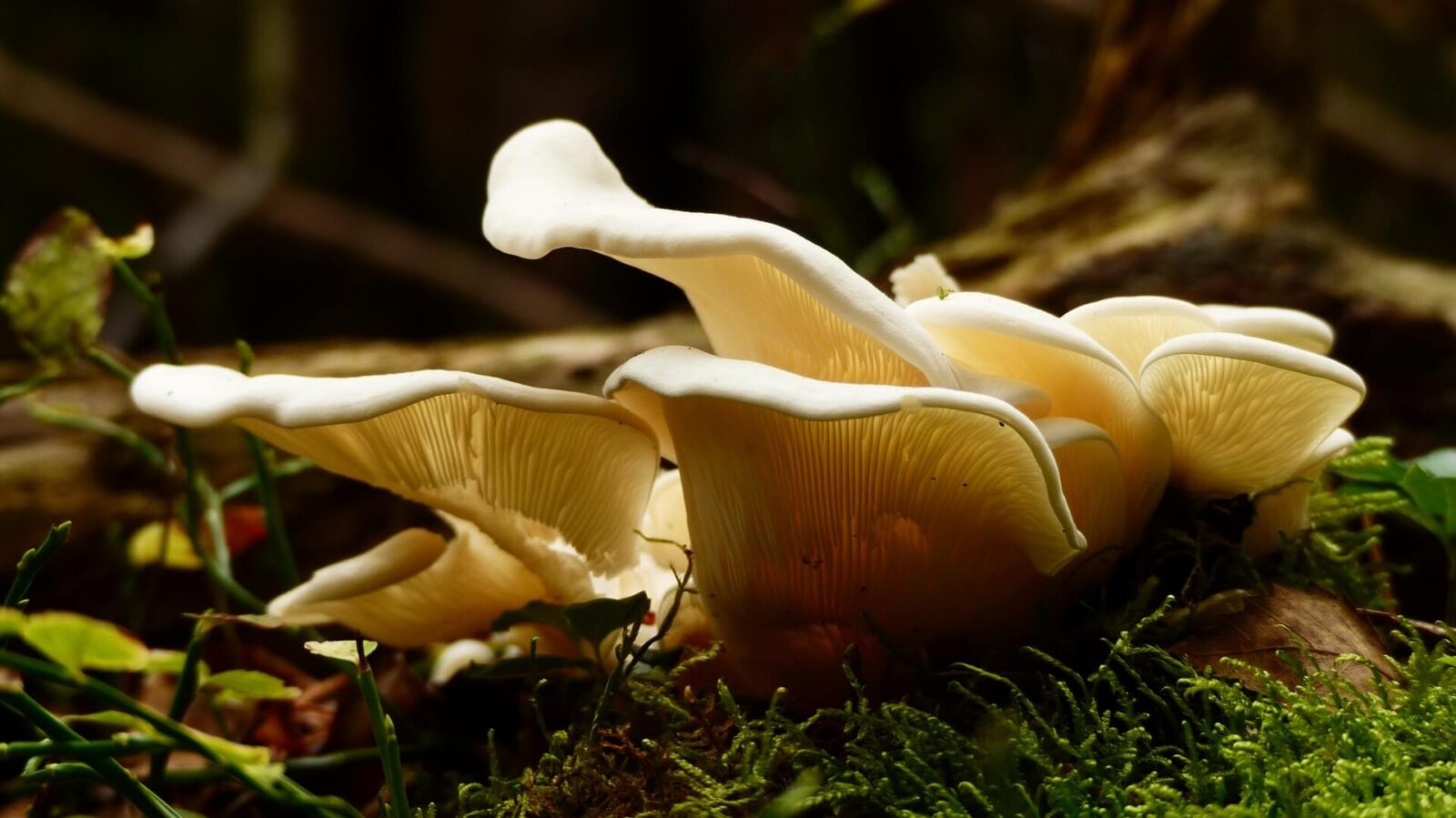 The use of mind-altering or psychedelic mushrooms has been present in human culture long before the birth of civilization, approximately 6000 years ago. And potentially even multiple hundreds of thousands of years before then. The earliest concrete evidence consists of rock etched murals depicting mushroom iconography found in Northern Australia. Archaeologists and geologists suggest that the psychedelic-themed illustrations date back to 10,000 B.C.E. based on findings. While there is no hard evidence thus far in supporting earlier use, it’s logical to assume humans have consumed psilocybin fungi since homo sapiens became evolutionarily distinct. It has been repeatedly documented that tribal societies across the globe revere psychedelic mushrooms and have used them in spiritual and therapeutic contexts for hundreds of years. The history of psilocybin mushrooms is complex, and far from being understood as more and more discoveries are made everyday.

What Distinguishes Psilocybin Mushrooms From Others

With over 180 different species of psilocybin mushrooms, it’s fascinating to understand what distinguishes them from other mushrooms. Latin America and the Caribbean are home to more than 50 species, and Mexico alone has 53. There are 22 species of magic mushrooms in North America, 16 in Europe, 19 in Australia and the Pacific island region, 15 in Asia, and a mere four in Africa. These diverse fungi hail from roughly a dozen genera, but are often lumped together as “psilocybin mushrooms.” The history of Psilocybin mushrooms may seem vague or complex, but science has helped us understand.

Psilocybin Mushrooms From A Scientific View

So what distinguishes psilocybin mushrooms from other mushrooms in a scientific view? Psilocybin mushrooms mostly belong to the genus Psilocybe, including well-known species like P. Cubensis (Gold Top) and P. Semilanceata (Liberty Cap). Psilocybin mushrooms might be so diverse, according to a study in Evolution Letters, because they didn’t inherit the genes behind psilocybin from a common ancestor. Instead they passed them directly among distant species in a phenomenon called “horizontal gene transfer.” Psilocybin could have originally evolved as a defense mechanism, the study’s authors suggest, deterring fungi-eating pests by “altering the insects’ ‘mind’.” Which quite possibly could explain the mushrooms unique characteristics that make it psychedelic.

The other group of magic mushrooms is considerably smaller, but has a rich history of religious use back in time. It consists of one iconic species Amanita Muscaria (think the Mario Brothers Game mushroom), and a few less famous relatives like Amanita Pantherina (Panther Cap). Instead of psilocybin or psilocin, its main hallucinogens are chemicals known as muscimol and ibotenic acid. These “muscimol mushrooms” are related to some notoriously toxic fungi, namely Amanita Phalloides (Death Cap) and Amanita Ocreata (Destroying Angel). They’re generally less poisonous than those killer cousins, but given the high stakes of a mushroom mix-up, non-experts are advised to steer clear of Amanita varieties altogether.

Most Common Or Popular Species Of Psilocybin Mushrooms:

The History Of Psilocybin Mushrooms

Various forms of indigenous Central American artwork indicate that it was thought these types of psilocybin mushrooms were a means of communicating with the gods, while their nomenclature gives even more evidence of this. The Nahuatl language used by the Maya and Aztec peoples named psilocybin mushrooms Teonanácatl, which literally translates to “flesh of the gods.” Many religious myths of the Aztecs, Maya, and Toltecs are rife with mention of mushrooms, even stating that they were given to distant ancestors by the serpent god Quetzocoatl, who was worshipped as the creator of life by all of these cultures. Most of the information known about the history of psilocybin mushrooms has been attributed to findings in ancient cultures.

Similarly, rock paintings in Spain created about 6000 years ago suggest that the mushroom Psilocybe Hispanica was used during certain religious rituals near Villar del Humo. When Spanish Catholic missionary priests came to the New World in the 16th century, some of them wrote about the use of psilocybin mushrooms. In fact, It’s very possible that psilocybin mushroom use by prehistoric cultures began even before that time. Mostly for the possibility that we have just not found the evidence to suggest so yet. It wasn’t only tribal peoples who engaged in the use of psychedelic fungi: Philosophically and scientifically advanced ancient civilizations such as the Egyptians, Romans, and Greeks all left evidence suggesting that they too had fondness for psychedelics. Some historians believe that psilocybin mushrooms may have been used as far back as 9000 B.C. in North African indigenous cultures, based on representations in rock paintings. The art in question shows masked figures holding mushroom-like objects. Other drawings show mushrooms positioned behind anthropomorphic figures, possibly a painted direction to the fact that magic mushrooms commonly grow in dung.

Psilocybin Mushrooms And Their Role In Religious And Mythical History

History has shown that Central Americans were using psilocybin mushrooms before Europeans landed on the New World’s shores. Not surprising, for the fact that psilocybin mushrooms grow well in subtropical and tropical environments. Statues and other representatives of what appear to be mushrooms that have been found in Mayan and Aztec ruins in Central America. Along with peyote, morning glory seeds, and other naturally occurring psychotropics, psilocybin mushrooms were used to induce a trance, produce visions, and communicate with the gods. Effectively, the Spanish and Portugese settlers viewed the convulsions, visions, and babbling the mushrooms caused as the natives communing with the devil. The continent was rapidly converted to Christianity, and the so-called pagan ways were lost for many practitioners.

On the subject of myth, settle in for a not so innocent or normal tale of Christmas cheer. According to Sierra College anthropologist John Rush, psilocybin mushrooms explain why kids wait for a flying elf to bring them presents on December 25th each year. Rush explains that Siberian Shamans used to bring gifts of hallucinogenic mushrooms to households each winter. While also keeping in mind that reindeer were the “spirit animals” of these Shamans. Perhaps suggesting that the ingestion of psilocybin mushrooms might just convince a hallucinating tribe member that those animals could fly. Plus, Santa’s red-and-white suit looks suspiciously like the colors of the mushroom species Amanita Muscaria. Interestingly enough which grows, wait for it, under evergreen trees. Boom. Additionally noted, this species of magic mushroom is toxic to people, however it seems to be not so toxic for some wild animals. Siberian reindeer also have a taste for magic mushrooms, according to a 2009 BBC nature documentary. It’s unclear whether the reindeer feel the effects, but Siberian mystics would sometimes drink the urine from deer that had ingested mushrooms in order to get a hallucinogenic experience for religious rituals.

How Psilocybin Mushrooms Made Their Way Into The Western World

Although more information is needed on how psilocybin mushrooms made their way into the Western World, historians have pieced the history of psilocybin mushrooms to help understand. It wasn’t till the late 1950s that the Western civilized world got introduced to psilocybin. R. Gordon Wasson and Roger Heim, with help from Albert Hofmann, managed to extract and identify the two hallucinogenic drugs (psilocybin and psilocin). Each found inside the psilocybin mushrooms collected from the Mazatec tribe, which they collected while on an expedition in Mexico. In 1957, a piece with the title, “Seeking the Magic Mushroom” was published in Life magazine, where Wasson detailed his discovery of the mushroom and his findings. Once the drug gained popularity as a psychedelic substance, it became closely associated with the contemporary Hippie culture. Therefore leading the way where psilocybin mushrooms were soon considered to be the gateway to spirituality.

The term “magic mushrooms” was introduced nearly 100 years later in a 1957 Life Magazine exposé entitled “Seeking the Magic Mushroom.” The piece was written by banker and hobby mycologist R. Gordon Wasson, who in 1955, along with his wife Valeria, became among the first “westerners” allowed to participate in an indigenous mushroom ceremony, guided by the famous shaman Maria Sabina. Their experience took place in the small village of Huautla de Jiménez in Oaxaca Mexico, and profoundly affected Gordon, who went to great lengths publicizing it. News quickly proliferated and attracted the attention of figures like Albert Hoffman (the chemist most famous for discovering LSD) and Roger Heim (the mycologist who confirmed from samples Wasson sent him that the mushrooms were Psilocybe Cubensis). By 1958 Hoffman (who also received samples) had successfully isolated and identified the compounds psilocybin and psilocin as active ingredients, and produced synthetic versions of both compounds, which were sold by Sandoz Pharmaceuticals under the name Indocybin. Research continues today in using psilocybin mushrooms for pharmaceuticals, especially for those individuals battling severe depression.

The History Of Psilocybin Mushrooms Known In Europe

Although dozens of species of psilocybin mushrooms are found in Europe, there is little documented usage of these species in Old World history besides the use of Amanita Muscaria among Siberian peoples. The few existing historical accounts about psilocybin mushrooms typically lack sufficient information to allow species identification, and usually refer to the nature of their effects. For example, Flemish botanist Carolus Clusius (1526–1609) described the Bolond Gomba (Crazy Mushroom), used in rural Hungary to prepare love potions. English botanist John Parkinson included details about a “foolish mushroom” in his 1640 herbal Theatricum Botanicum. The first reliably documented report of intoxication with Psilocybe Semilanceata, Europe’s most common and widespread psilocybin mushroom. It involved a British family in 1799, who prepared a meal with mushrooms they had picked in London’s Green Park. Psilocybin use in Europe is less documented, as more research into the topic needs to be done.

For almost thirty years, there was a hiatus in the (legal) research of the fungi, ending in 1997 with the first post-Drug War Psilocybin study conducted at The University of Zurich. A team of researchers led by Dr. Franz Vollenweider explored whether brain function under the influence of psilocybin was consistent with the brain function of chronic schizophrenia patients, finding that these brain states contrasted significantly. They also found that psilocybin increased brain activity (or in scientific terms, cerebral glucose metabolism) in many areas, and had dampening effects on the ego-influenced Default Mode Network. This study catalyzed research at numerous other institutions, like The Heffter Institute, The Beckley Foundation, Johns Hopkins University, and the University of Toronto. These subsequent studies have found psilocybin to be effective in the treatment of a myriad of psychological conditions, as well as for chronic pain from conditions ranging from cluster headaches to neuralgia.

The Search Continues Into The History of Psilocybin Mushrooms