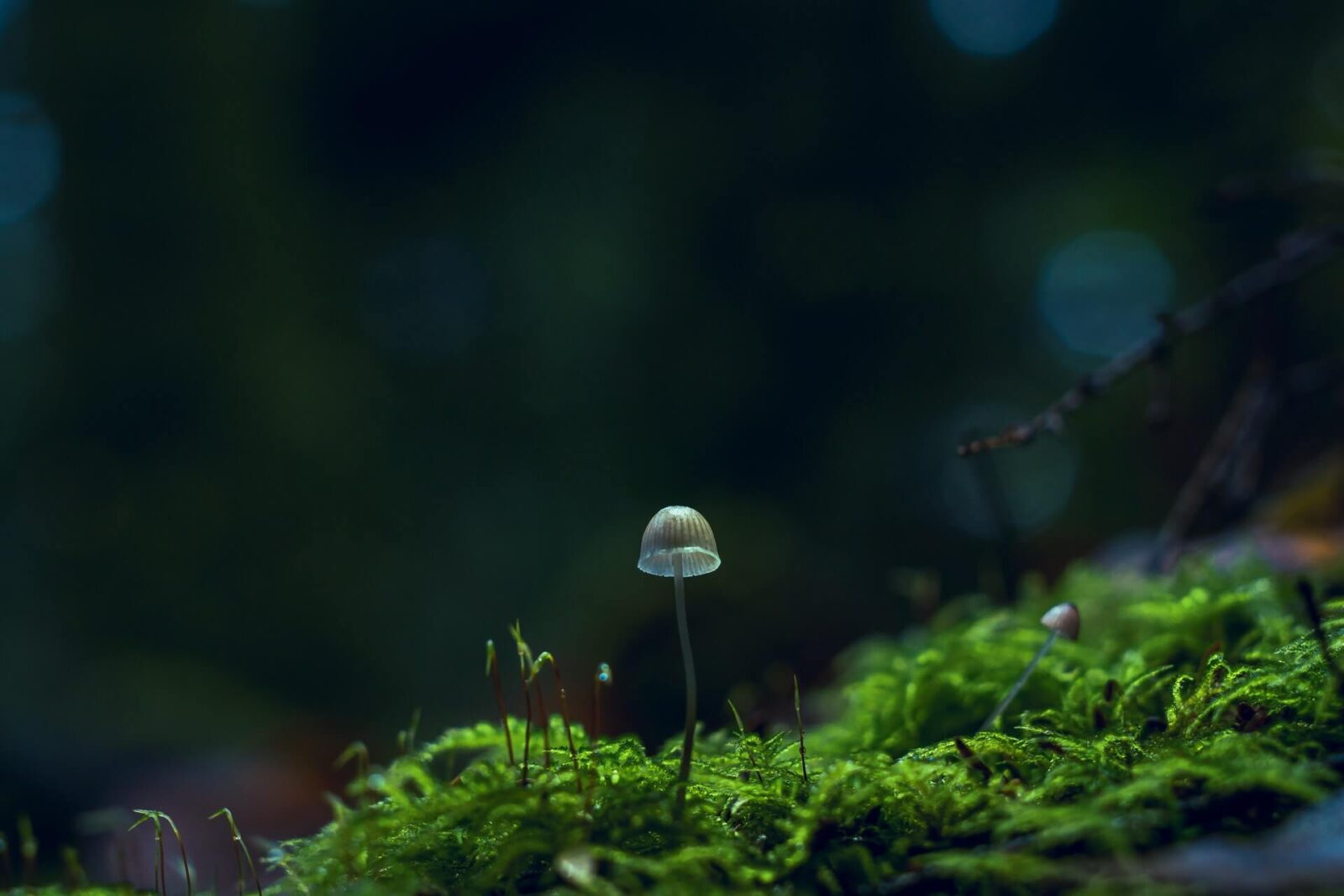 So what’s all the fuss about psilocybin, or as most known commonly as magic mushrooms? Although most people associate psilocybin as a psychedelic “drug” that can have similar effects as an LSD “trip”, most are unaware of the benefits besides getting high. Magic mushrooms, or more specifically psilocybin containing mushrooms, as we are discovering have been used for centuries by people in a beneficial way. Magic mushrooms are found all over the world and almost every culture has a historic, sacred relationship with these important medicines. Whether it be ceremonial use, religious use, or psychological use- more and more discoveries and studies are under way in understanding the benefits of using psilocybin. Some people forage them simply for the pleasurable effects of euphoria induced following consumption. For others, they use the fungus as a means to gain spiritual insights and new knowledge. Interestingly, anecdotal tales of the benefits of eating magic mushrooms is now being supported and extended by new scientific research.

Magic mushrooms are proving to be good, especially when coupled with meditation or contemplative training. Psilocybin seems to offer some people a route to an alternate view of reality. One in which they shed the limitations of their individual consciousness and embrace a sense of interconnectedness and universality. These “experiences” have shown to be not temporary, but have transformative psychological effects. Some studies even offer insights on how we might minimize suffering and interpersonal strife, giving some people hope in gaining a sense of peace.

A Synopsis Of What Psilocybin Is Technically

Psilocybin is the main ingredient found in several types of psychoactive mushrooms, making it perhaps the best-known naturally-occurring psychedelic drug. Psilocybin is a hallucinogenic substance people ingest from various types of mushrooms that grow in regions of Europe, South America, Mexico, and the United States. Psilocybin is a hallucinogen that works by activating serotonin receptors, most often in the prefrontal cortex. This particular part of the brain affects mood, cognition, and perception for people. It is also important to note that hallucinogens work in other regions of the brain that regulate arousal and panic responses. Psilocybin does not always cause active visual or auditory hallucinations. Instead, it distorts how some people that use psilocybin perceive objects and people already in their environment. Distortions that some studies are underway in showing are beneficial, or in other words proving the benefits of using psilocybin.

Psilocybin and psilocin are the two major psychoactive substances which naturally occur in psychedelic mushrooms (or magic mushrooms). Psilocin is biologically active, whereas psilocybin is a psilocin prodrug, meaning that it is converted into psilocin when ingested via dephosphorylation. Factors such as the amount of ingested mushrooms, personal past experiences, and expectations of how the experience will take shape, can therefore all impact the effects of psilocybin. After the gut digests and absorbs these particular magic mushrooms, the body converts it to psilocybin. The hallucinogenic effects of psilocybin usually occur within 30 minutes of ingestion and can last between 4 and 6 hours. Keep in mind though, each person will be affected differently based on the factors named above. In some individuals, the changes in sensory perception and thought patterns can last for several days if not months. Hence the importance of having a base knowledge and understanding of psilocybin use.

Psilocybin is metabolized mostly in the liver. As it becomes converted to psilocin, it undergoes a first-pass effect, whereby its concentration is greatly reduced before it reaches the systemic circulation. Psilocin is broken down by the enzyme monoamine oxidase to produce several metabolites that can circulate in the blood plasma. Some psilocin is not broken down by enzymes and instead forms a glucuronide; this is a biochemical mechanism animals use to eliminate toxic substances by linking them with glucuronic acid, which can then be excreted in the urine. Based on studies using animals, about 50% of ingested psilocybin is absorbed through the stomach and intestine. Within 24 hours, about 65% of the absorbed psilocybin is excreted into the urine, and a further 15–20% is excreted in the bile and feces. Although most of the remaining drug is eliminated in this way within 8 hours, it is still detectable in the urine after 7 days. Psilocybin is about 100 times less potent than LSD on a weight per weight basis, and the physiological effects last about half as long.

The Benefits Of Using Psilocybin To Outline A Few

Positive Personality Shifts – Humans are born open and full of love, eager to connect, learn and grow as sentient beings. But, over the course of our lives, experiences that may cause suffering tend to close us down. People who have a series of negative events associated with aspects of their lives can close down to the detriment of future experiences. Obvious examples include a relationship break-up leaving a heart broken, more often than not leaving a person less open to future romantic encounters. This resulting behavior can sometimes protect us, but in many cases, limit our life potential by shutting out new experiences and opportunities. There lies one of the benefits of using psilocybin in helping to shift a personality or one’s openness in a positive direction. In a 2011 study, researchers found “significant increases in Openness following a high-dose psilocybin session.” Openness is a psychological term for someone’s attitude toward new experiences, and is associated with traits like imagination, creativity, and aesthetic appreciation. Not only did openness generally rise during a psilocybin session, but also continued there after. In nearly 60 percent of study participants, it remained significantly higher than baseline for more than 1 year after the psilocybin session.

Smoking And Drug Addictions – Those suffering from unhealthy patterns or addictions in their life have also experienced the benefits of using psilocybin. Magic mushrooms have been shown to help treat addiction to habit-forming drugs like cocaine and nicotine. In 2008, Amanda Feilding of The Beckley Foundation initiated a collaboration with Johns Hopkins University on a pilot study investigating psilocybin-assisted psychotherapy to overcome nicotine addiction. With continued support from the Heffter Research Institute, the ongoing research is strengthening the case for psilocybin as a breakthrough treatment for substance abuse disorders.

Increased Creativity And Dissolving Of The Ego – Psychedelics in general, and psilocybin specifically, can enable states where our conscious experience of the world is freed from its association with our specific ego which may be revealed to be an illusory construct. In a 2017 study, temporary ego loss could be one of the benefits of using psilocybin in the right context. These expansive, sometimes life-changing experiences help us to feel profoundly connected and alive. Psilocybin use has also shown to boost creativity within participants.

Psilocybin May Prove To Be Beneficial To Cancer Patients

A single dose of psilocybin combined with psychotherapy may significantly improve psychiatric distress in patients with cancer for nearly 5 years after administration, according to study findings published in Journal of Psychopharmacology. The researchers found that reductions in depression, anxiety, demoralization, hopelessness and death anxiety were sustained at both follow-ups. Approximately 60% to 80% of participants met criteria for clinically significant antidepressant or anxiolytic responses at the 4.5-year follow-up. Between 71% and 100% of participants attributed positive life changes to the psilocybin-assisted therapy and rated it among the most spiritually significant and personally meaningful experiences of their lives, the researchers wrote.

Researchers find that the psychoactive compound in mushrooms may be helpful for patients with severe depression who did not respond to conventional therapy. Discussions are on-going about whether psychological specialists can use psilocybin and similar hallucinogens as a treatment for depression. For the second time in a year, the U.S. Food and Drug Administration (FDA) has designated psilocybin therapy, which is currently being tested in clinical trials, as “breakthrough therapy”. An action that is meant to accelerate the typically sluggish process of drug development and review. It is typically requested by a drug company and granted only when preliminary evidence suggests the drug may be an enormous improvement over already available therapy, according to the FDA.

Last year, the FDA granted “breakthrough therapy” status to psilocybin therapy in the still-ongoing clinical trials run by the company Compass Pathways. The company has been looking into psilocybin’s potential to treat severe treatment-resistant depression, or depression in patients who have not improved after undergoing two different antidepressant treatments, according to New Atlas. Additionally, a team of researchers from the University of South Florida discovered that psilocybin can also bind itself to receptors that stimulate healing. Therefore, it’s believed psilocybin repairs and grows brain cells, which could prove beneficial to those who suffer from treatment-resistant depression. This severe form of depression is one that impairs those suffering at the highest level. Treatment-resistant depression is when depressive symptoms aren’t relieved by any tried therapies, including:

The whole-brain analyses performed by the researchers showed a decreased cerebral blood flow in the temporal cortex, including in the almond-shaped amygdala, or the brain’s so-called fear hub, which processes our “fight-or-flight” response.The decreased blood flow in the amygdala correlated with the decrease in depressive symptoms, and the researchers also found increased resting-state functional connectivity, or stability, in the brain’s “default mode network.” An increase in the integrity of this network has previously been found to be associated with depression, so observing this after treatment was deemed intriguing by the researchers.

Other Studies Confirming The Benefits Of Using Psilocybin

Two very recent studies have looked at psilocybin as a treatment. One study examined the ability of psilocybin to reduce depression symptoms without dulling emotions, and the other assessed the relationship between any positive therapeutic outcomes and the nature of psilocybin-induced hallucinations. The researchers used functional MRI to analyze the brain activity of these people both before and after treatment with psilocybin.

The second study was one where all patients had been diagnosed with “treatment-resistant,” or severe, depression. As part of the research, they received one 10-milligram dose of psilocybin, and another dose of 25 milligrams a week later. Participants were also asked to fill in a clinical questionnaire, wherein they reported their experience. All 19 patients showed significantly decreased depressive symptoms 1 week after the treatment. After 5 weeks, 12 of the 19 patients showed lasting benefits and were therefore deemed to be “responsive” to the treatment. These results were clearly interesting and exciting for researchers eager to learn more about the benefits of using psilocybin.

The benefits of using psilocybin are gaining traction by those who seek their positive outcomes from use. In fact, micro-dosing of psilocybin is in growing demand. Micro-dosing involves taking roughly one-tenth the “trip” dose of a psychedelic drug, an amount too little to trigger hallucinations but enough, its proponents say, to sharpen the mind. Psilocybin microdose users report that the mushrooms can increase creativity, calm anxiety, decrease the need for caffeine, and reduce depression. There is enough evidence that trip doses might have the latter effect that, on Wednesday, London-based Compass Pathways received Food and Drug Administration approval for a Phase 2B clinical trial of psilocybin (in larger-than-microdoses) for treatment-resistant depression. But research into microdosing is minimal and still underway. The benefits of using psilocybin are still being discovered and looked at more closely as time goes on.

With more and more demand for natural alternatives concerning treatment and care of the brain and whole body, the benefits of using psilocybin are becoming a more prevalent topic in today’s world. Whether it be mental, physical, or psychological ailments, magic mushrooms are gaining interest as an alternative way of healing for many people. Hence why mushroom activists, users, and fans are rallying to change how the world looks at mushrooms and their psychedelic family members. Helping to decriminalize their use, and expand knowledge of the benefits of using psilocybin. Mushrooms and their psilocybin family members are complex, wonderful examples of Mother Nature and her exquisite creations.