The Legality Of Psilocybin Mushrooms

The Legality Of Psilocybin Mushrooms 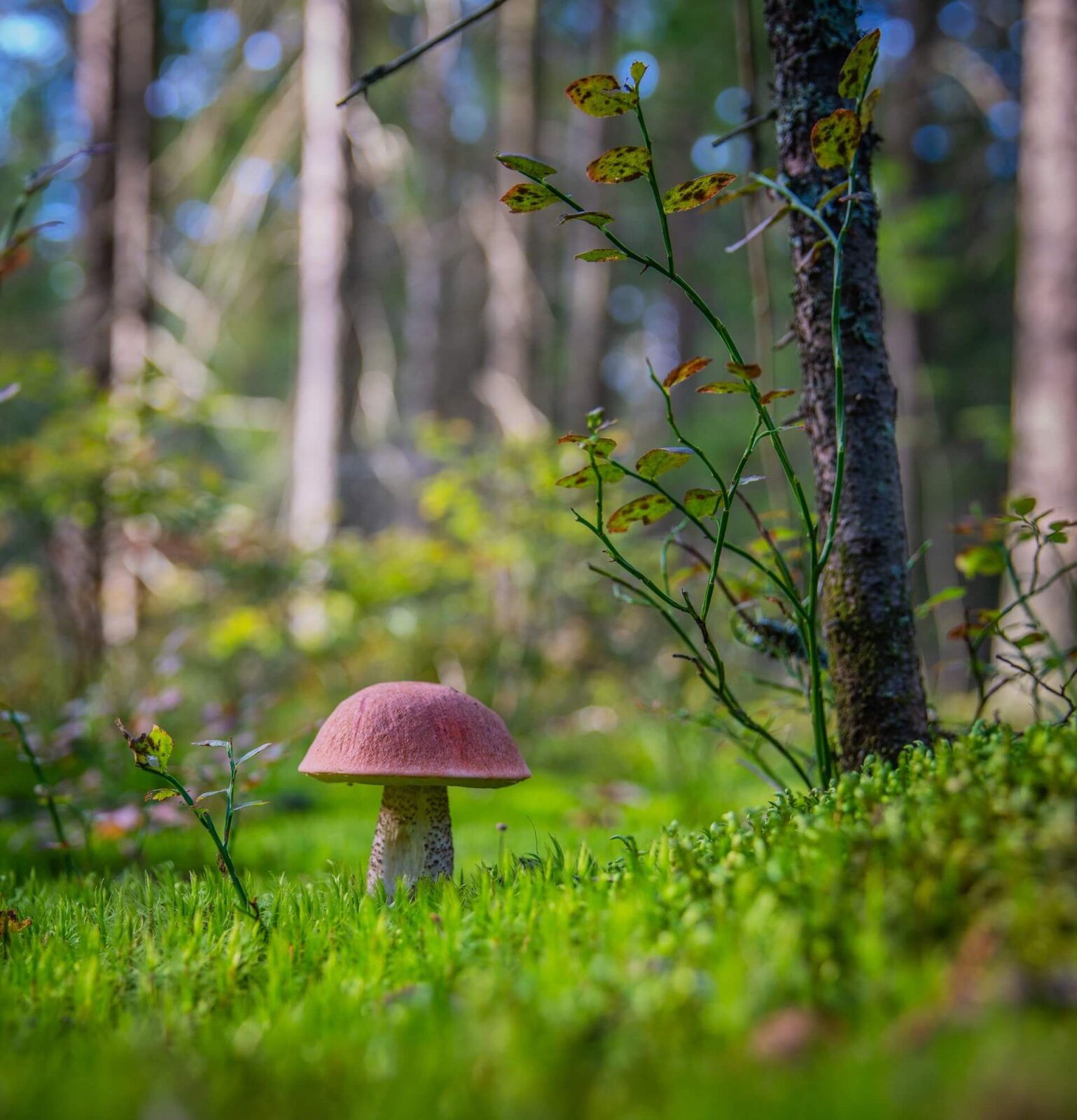 The potential of decriminalization concerning the legality of psilocybin mushrooms is growing each year. Scientifically proven examples of medical benefits from their use raise the important issue of fair access to psilocybin mushrooms, as with any form of proven medicine. A prime example of legalization reducing the ability of medical users’ ability to access the drugs they need, is happening in Canada as we speak. There, approximately one in four medical cannabis patients are less easily able to find cannabis post-legalization. Although psilocybin mushrooms are still illegal, many websites exist offering magic mushrooms online. But, this accessibility along with lack of regulation does not come without risks. For example, a lack of regulation to ensure consistency and quality can result in vastly different end products. Which could bring with it a higher risk of negative experiences resulting from lack of education on proper administration in combination of not using a quality end product. The legality of psilocybin mushrooms, potentially, could help to ensure both of these factors would be less risky for those seeking to use mushrooms.

Whether Safety Is A Concern In The Legality Of Psilocybin Mushrooms

The effects of psilocybin are highly variable and depend on the mindset and environment in which the user has the experience, factors commonly referred to as set and setting. In the early 1960s, Timothy Leary and colleagues at Harvard University investigated the role of set and setting on the effects of psilocybin. Leary and his colleagues administered the drug to 175 volunteers from various backgrounds in an environment intended to be similar to a comfortable living room. Ninety-eight of the subjects were given questionnaires to assess their experiences and the contribution of background and situational factors. Psilocybin was also recently designated a “breakthrough therapy” for depression by the U.S. Food and Drug Administration, and in late 2019, a major study found “no serious adverse effects” in 89 healthy volunteers, and no negative effects on cognitive or emotional functioning.

Individuals who had experience with psilocybin prior to the study reported more positive experiences than those for whom the drug was novel. Group size, dosage, preparation, and expectancy were important determinants of the drug response. In general, those placed in groups of more than eight individuals felt that the groups were less supportive, and their experiences were not as pleasant. Conversely, smaller groups (fewer than six individuals) were seen as more supportive. Participants also reported having more positive reactions to the drug in those groups. Leary and colleagues proposed that psilocybin heightens suggestibility, making an individual more receptive to interpersonal interactions and environmental stimuli. These findings were affirmed in a later review by Josten Berge (1999), who concluded that dosage, set, and setting were fundamental factors in determining the outcome of experiments that tested the effects of psychedelic drugs on artists’ creativity.

The Registry of Toxic Effects of Chemical Substances assigns psilocybin a relatively high therapeutic index of 641 (higher values correspond to a better safety profile); for comparison, the therapeutic indices of aspirin and nicotine are 199 and 21, respectively. Risk of fatal overdose is virtually nonexistent with psilocybin mushrooms; however, risky behaviors sometimes occur while people are under the influence. Due to the lack of quality control regulations under prohibition and the risk of consuming things growing in nature, there is potential for people attempting to pick psilocybin mushrooms in the wild to accidentally take poisonous mushrooms instead. Similarly, though also very unlikely, poisonous mushrooms are sometimes misrepresented and sold as psilocybin, and these do come with more physical risks, including fatal. Hence the importance of whether the legality of psilocybin mushrooms is integral to the health of our peoples and societies at large, around the world.

The Legality Of Psilocybin Mushrooms And Their Use

Indeed, magic mushrooms are having a therapeutic moment, especially concerning the legality of psilocybin mushrooms. Many activists believe that we should utilize the power of democratic process to influence governing bodies into expanding research on, and the fair distribution of, these profoundly metaphysical substances. In North America, at least four organizations, each with unique strategies, are working to expand access to psilocybin for anyone with mental health issues, severe or not. These groups hope to undo decades of psilocybin prohibition by removing criminal penalties for possession or cultivation, or by providing access to psilocybin in a therapist’s offices, or both. Psilocybin has been in the news with increasing frequency, as research into psychedelic therapy has grown more and more popular in the scientific community and general public. Some cities and local jurisdictions in the United States, such as the cities of Oakland, Denver, and Santa Cruz have decriminalized psilocybin to varying degrees. Much like cannabis, public perception of certain psychedelics like psilocybin is shifting rapidly. Researchers, Scientists, and the public at large are starting to understand the incredible potential for therapeutic benefits of entheogenic plants.

The Federal Stance On Psilocybin Mushroom Use And Legality

Unfortunately for those individuals who live in less open minded states concerning magic mushrooms and psilocybin, federally nothing is changing. Psilocybin mushrooms continue to remain a controlled substance under Federal law. Therefore, meaning that Federal agencies can continue to enforce laws prohibiting the possession, manufacture, distribution, etc. of psilocybin in all states. Even those who have taken actions in legalizing their use in their own state or region. Over the past few decades, despite multiple states passing laws which decriminalize and legalize cannabis, there remains no substantial change to Federal law. Similarly, it is unlikely that this initiative will result in any changes to Federal law pertaining to psilocybin in the immediate future.

Although the legality of psilocybin mushrooms on a federal level is still far from reality, it is still no less a real possibility. According to the Drug Enforcement Administration (DEA), psilocybin is a “chemical obtained from certain types of fresh or dried mushrooms.” The mushrooms containing psilocybin are also known as magic mushrooms, hallucinogenic mushrooms, or “shrooms”. In the United States, psilocybin is a Schedule I drug under an amendment to the Controlled Substances Act called the Psychotropic Substances Act. The legality of possessing, growing, consuming, or selling magic mushrooms greatly depends upon where you live. This means that it has a high potential for abuse, has no currently accepted medical use, and is not regarded safe for use. This includes even under a doctor’s supervision. Since psilocybin is a psychotropic substance found in magic mushrooms, this is usually interpreted to mean that the mushrooms themselves are illegal. However, since mushroom spores don’t contain psilocybin, some have pointed to this as an ambiguity in the legality of psilocybin mushrooms.

Amid this upswell of research, the old caricatures of magic mushrooms seem to be quickly changing. The U.S. cities of Denver and Oakland both decriminalized psilocybin in 2019, for instance, and similar efforts are now underway elsewhere, including some at the state level. Usually busts related to magic mushrooms occur under state law (unless they’re in extremely large amounts) and most local jurisdictions in the United States ban possession of them. In recent years, though, cities and states have begun to reevaluate their stance on mushrooms. Contrary to popular belief, Denver would not be the first North American locale to decriminalize mushrooms. In 2005, a New Mexico Court of Appeals ruled that growing mushrooms for personal use doesn’t technically count as drug manufacture, so even sprouting psilocybin in your dorm room isn’t illegal. Louisiana also exempts the cultivation of psychoactive plants and fungi “strictly for aesthetic, landscaping, or decorative purposes”.

States Leading The Way In Pursuing The Legality Of Psilocybin Mushrooms

Magic Mushroom legalization activists are hard at work in a few states within the country we call home. Legislators in the states of Oregon, California, and Iowa have introduced bills supporting mushroom decriminalization. The state attorney general recently approved OPS’s ballot title, so they now have until July 2020 to gather about 117,000 signatures. Then, during the next presidential election, Oregon voters will decide if this program is right for them. If voters approve the Oregon Psilocybin Service Initiative in 2020, the state would develop a licensed psilocybin therapist industry and lower criminal penalties for growing or consuming mushrooms.

In many national, state, and provincial drug laws, there is a great deal of ambiguity about the legal status of magic mushrooms, or ones containing psilocybin. There is a strong element of selective enforcement in some places, since psilocybin and psilocin are deemed illegal to possess without license as substances, but mushrooms themselves are not mentioned in these laws. The legal status of Psilocybe spores is even more ambiguous, as the spores contain neither psilocybin, nor psilocin. Hence, they are not illegal to sell or possess in many jurisdictions, though many jurisdictions will prosecute under broader laws prohibiting items that are used in drug manufacture. A few jurisdictions (such as the US states of California, Georgia and Idaho) have specifically prohibited the sale and possession of psilocybin mushroom spores. Cultivation of psilocybin mushrooms is considered drug manufacture in most jurisdictions and is often severely penalized. Although some countries and one US state (Florida) has ruled that growing psilocybin mushrooms does not qualify as “manufacturing” a controlled substance. Overall, it is very important as an individual or business to understand the legalities of psilocybin in the state of which you reside.

Psilocybin Legalities Vary Around The World

Possession and selling of fresh mushrooms and spores (dried mushrooms are almost always illegal) is still legal in many places around the world. But laws from nation to nation are wildly inconsistent. For example, until 2005, it was legal to sell fresh magic mushrooms in Great Britain; spore possession is still legal. The Netherlands, once known as a hotbed for drugs illegal elsewhere, banned the sale of dried mushrooms in 2001 and fresh mushrooms in 2008. But, residents are still allowed to be in possession of small amounts of “magic truffles,” which refers to magic mushrooms that aren’t quite fully developed, thereby skirting the law. Our neighbor Mexico has banned mushrooms completely, unless they’re used for religious purposes. When it comes to the world as a whole, the legality of psilocybin mushrooms varies and has their own unique timeline in each perspective’s culture.

The United Nations Convention on Psychotropic Substances (adopted in 1971) requires its members to prohibit psilocybin, and parties to the treaty are required to restrict use of the drug to medical and scientific research under strictly controlled conditions. However, the mushrooms containing the drug were not specifically included in the convention, due largely to pressure from the Mexican government. One valued point made by magic mushroom activists is the importance of taking a stance on the legality of psilocybin mushrooms concerning safety for those who seek to use. Legalizing psilocybin mushrooms may help to reduce accidental deaths related to drug use, improve public health outcomes, care for vulnerable populations, and protect young people from misinformation and poor product options. These activists remind us of the importance of prioritizing education about potential risks, precautionary measures, and reducing harm instead of zero-tolerance policies and criminalization. All which have a devastating effect, and an unnecessary one at that.

The Future Of Psilocybin Mushrooms In Society

In the coming years we can expect further research and clinical trials corroborating and expanding on the findings of previous studies done on psilocybin mushrooms. The proven efficacy of psychedelics in treating psychological conditions has recently gained much needed attention. And has served to scientifically validate what shamanistic societies have known for countless generations, that there is a needed place for psilocybin mushrooms. It is even suggested by some, that future archaeological discoveries hold the potential to confirm that these substances have exerted a significant effect on our evolution. The legality of psilocybin mushrooms may determine whether these magical mushrooms are more sought after and needed than we think. We stand at a pivotal moment in the human history of psychedelic mushrooms: on the precipice of ending prohibition.