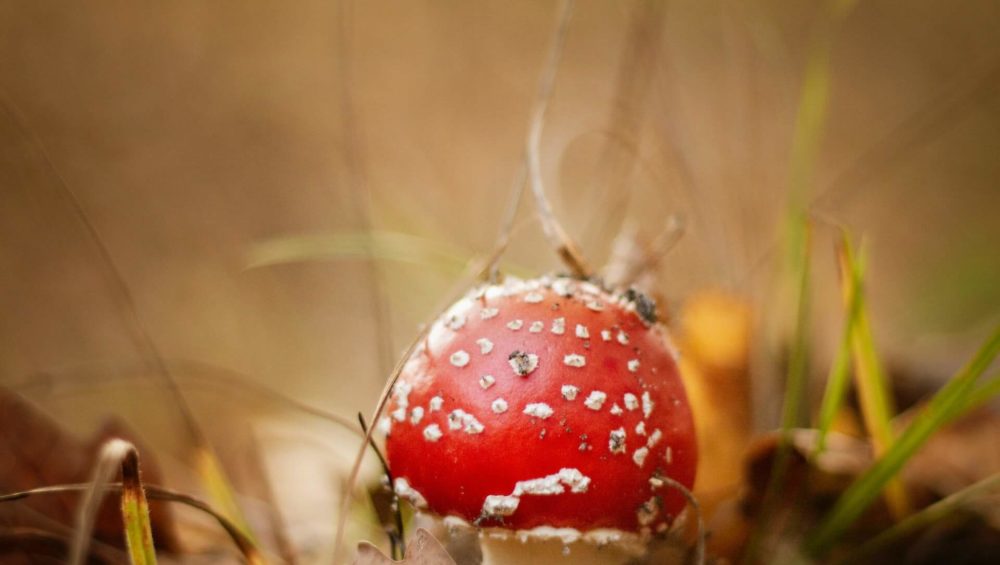 What Are Psilocybin Mushroom Spores Exactly?

Before digging deeper into understanding psilocybin mushroom spores and their legality, let’s take a moment to understand what psilocybin mushroom spores actually are. Although microscopic in size, psilocybin mushroom spores are the blueprint for all mushroom growth or fruiting bodies. Or in simpler terms, the spore of any mushroom contains all of the necessary materials to form a brand new fungus. A mature mushroom is said to contain up to 16 billion spores, giving Mother Nature and cultivators plenty of opportunities to propagate more. In Mother Nature, when the spores of a mushroom are released they often travel a certain distance before they land. The single cell then sends out hyphae (each of the branching filaments that make up the mycelium of a fungus) to help establish and gather food for the actual mushroom. After the spore has sent out its hyphae, they will eventually meet up with the hyphae of another mushroom. After the sexual process of reproduction has begun, the mushroom forms the structures of a “fruiting body” that will eventually produce and disperse spores.

Spore prints are the most common form of psilocybin mushroom spores that can be found for purchase and use. A spore print is the powdery deposit obtained by allowing spores of a fungal fruit body to fall onto a surface underneath. It is an important diagnostic character in most handbooks for identifying mushrooms. It shows the color of the mushroom spores if viewed en masse. Not only are psilocybin mushroom spores beautiful when captured, but fascinating as well. Spore prints offer much more diversity of characteristics to the home mushroom grower than just making a phenotypic clone. In fact, it is very similar to the difference between growing a plant from seed, or from grafting. Hidden under the cap of a mushroom reside from hundreds of thousands to millions of spores that can all lead to the growth of new mushrooms. Not only is this something the mind can barely comprehend, but also capture in full. Hence the desire to replicate in physical form, making exquisite pieces of art that are also useful for scientific purposes.

What Cultivators Can Do With Psilocybin Mushroom Spores

Possession and selling of psilocybin mushroom spores is still legal in many places around the world, as they are sold for scientific research purposes. But laws from nation to nation are wildly inconsistent, especially when it comes to fresh or dried psilocybin mushroom fruit bodies themselves. In Great Britain for example, possession of both psilocybin mushroom spores and fresh magic mushrooms was legal until 2005, upon which selling fresh specimens became illegal. The Netherlands, once known as a hotbed for drugs illegal elsewhere, banned the sale of dried mushrooms in 2001 and fresh mushrooms in 2008. But, residents are still allowed to be in possession of small amounts of “magic truffles,” which refers to magic mushrooms that aren’t quite fully developed, thereby skirting the law. Each nation, country, and/or state seemingly decides on the laws and legality of psilocybin mushrooms and their spores.

Our neighbor Mexico has banned mushrooms completely, unless they’re used for religious purposes. Seriously enough, The United Nations Convention on Psychotropic Substances (adopted in 1971) requires its members to prohibit psilocybin, and parties to the treaty are required to restrict use of the drug to medical and scientific research under strictly controlled conditions. However, the mushrooms containing the drug were not specifically included in the convention, due largely to pressure from the Mexican government. To reduce accidental deaths related to drug use, improve public health outcomes, care for vulnerable populations, and protect young people, it is important to prioritize education about potential risks, precautionary measures, and reducing harm instead of zero-tolerance policies and criminalization. However for most of the globe, spores seem to bypass criminalization so long as they are used for scientific purposes.

The Legalities Of Obtaining Psilocybin Mushroom Spores For Cultivation

Indeed, psilocybin mushrooms are having a therapeutic moment as their knowledge of use in the medical world is expanding in popularity. Psilocybin has been in the news with increasing frequency, as research into psychedelic therapy has grown more and more popular in the scientific community and general public. In North America, at least four organizations, each with unique strategies, are working to expand access to psilocybin for anyone with mental health issues, severe or not. These groups hope to undo decades of psilocybin prohibition by removing criminal penalties for possession or cultivation, or by providing access to psilocybin in a therapist’s offices, or both. As most of us have been forced to stay at home, cultivating medicinal options is becoming even more popular as it has proven to save a consumer some considerable amount of money. Even more reason for understanding psilocybin mushroom spores legality.

It is important to keep in mind however that whether or not the use of psilocybin mushrooms legally on a federal level is still far from becoming clear. According to the Drug Enforcement Administration (DEA), psilocybin is a “chemical obtained from certain types of fresh or dried mushrooms.” The mushrooms containing psilocybin are also known as magic mushrooms, hallucinogenic mushrooms, or “shrooms”. In the United States, psilocybin is a Schedule I drug under an amendment to the Controlled Substances Act called the Psychotropic Substances Act. The legality of possessing, growing, consuming, or selling magic mushrooms greatly depends upon where you live. This means that it has a high potential for abuse, has no currently accepted medical use, and is not regarded safe for use. This includes even under a doctor’s supervision. Since psilocybin is a psychotropic substance found in magic mushrooms, this is usually interpreted to mean that the mushrooms themselves are illegal. However, since psilocybin mushroom spores do not actually contain psilocybin, they therefore are considered legal to sell and obtain, for scientific research purposes of course. Although there are some who have pointed to this as an ambiguity in the federal law.

In recent years cities and states have begun to reevaluate their stance on psilocybin mushroom spores and fruit bodies. Some cities and local jurisdictions in the United States, such as the cities of Oakland, Denver, and Santa Cruz have decriminalized psilocybin to varying degrees.

Contrary to popular belief, Denver would not be the first North American locale to decriminalize mushrooms. In 2005, a New Mexico Court of Appeals ruled that growing mushrooms for personal use doesn’t technically count as drug manufacture, so even sprouting psilocybin in your dorm room isn’t illegal. Oregon has also taken the lead recently this year by legalizing the use of psilocybin by residents. Voters approved the Oregon Psilocybin Service Initiative in 2020, legalizing the state to develop a licensed psilocybin therapist industry and lower criminal penalties for growing or consuming mushrooms. Louisiana also exempts the cultivation of psychoactive plants and fungi “strictly for aesthetic, landscaping, or decorative purposes.” Much like cannabis, public perception of certain psychedelics like psilocybin is shifting rapidly as more and more knowledge about them is shared. Researchers, Scientists, and the public at large are starting to understand the incredible potential for therapeutic benefits of obtaining psilocybin mushroom spores for cultivation and medical use. With those victories in hand, mushroom legalization activists are hard at work in other states concerning psilocybin mushroom spores legality.

So where can one find these magical spores legally, or at least go to look for a reputable source? Where to buy psilocybin mushroom spores is not the easiest place to find, but in today’s world it is in fact more accessible than in the past. As a responsible person who understands psilocybin mushroom legality, one of the best places to find educational vendors is Reddit and in the group ‘SporeTraders’. To help better explain, an ‘educational vendor’ is someone who sells spores for the sole purpose of research, identification, and education. A good spore trader or educational vendor will clearly identify that the spores should not be germinated into mycelium or fruiting mushrooms, which again is illegal. Having a reputable and professional source of psilocybin grow kits has proven to be beneficial. As those who can provide such quality products are most often very knowledgeable in psilocybin mushroom spores in general. As for online options of purchasing, checking customer reviews and forums are also great ways to find where to buy psilocybin mushroom spores legally.