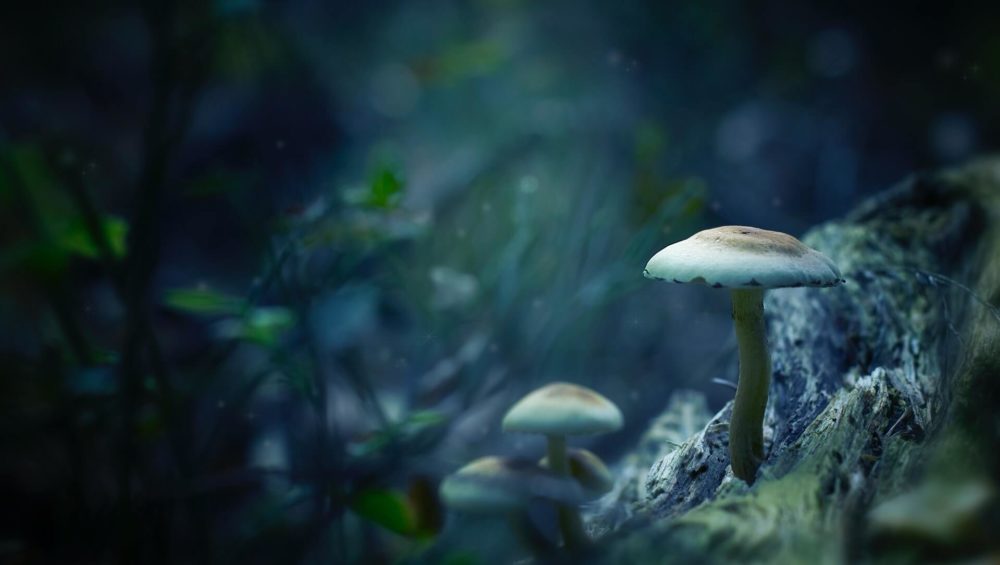 Psilocybin mushrooms are a hot topic lately, and more people than ever before have become aware of their potential benefits from a medical and psychological standpoint. But is it legal, let alone possible now to grow them for yourself whether for personal or experimental purposes? In learning how to buy legal psilocybin mushroom spores, it’s first important to understand what they are and why they are different from spores from other mushroom species. Did you know archaeological evidence suggests that humans have been using psychedelic mushrooms, those containing psilocybin, for more than 7,000 years!? There is still much debate, however, of their importance in our history due to a lack of evidence. In fact, we are still finding mushroom artifacts and discoveries today to help better understand our history with them. Magic mushrooms are among the oldest recreational drugs that human beings have ever used, and what is even more amazing is that they are still actively used today. Since psilocybin can induce a transcendent state, it seems entirely possible that plant-based medicine is one of our deepest connections to our past. Hence why the much deserved focus has come back to our culture in finding more natural ways and possibilities of healing the body and mind with mushrooms.

Why Are Mushrooms Containing Psilocybin Different?

Before diving into if psilocybin mushroom spores are legal to buy, let’s explore why certain mushroom spores would be illegal in the first place. Magic mushrooms are those that contain the psychoactive element psilocybin, making them a bit different than their relatives you find at the farmers market. Most edible mushrooms look generally the same, with a capped stalk fruiting body of different variations. However psychedelic species typically have a blue-staining reaction when the mushroom body itself is bruised. Macroscopically, they are characterized by their small to occasionally medium size, brown to yellow- to golden brown varied coloration, with spore prints that range in color from rusty-brown, to lilac-brown, to dark purple-brown. Psilocybin mushrooms can be found growing on various kinds of decaying organic matter, most often known in fields with prevalent feces. But, contrary to popular belief only a few, such as P. cubensis and P. subcubensis, have been found to grow directly on manure. In the wild, people commonly mistake magic mushrooms containing psilocybin for any number of other mushrooms that are poisonous. Hence the importance of becoming knowledgeable about mushrooms, as well as being able to properly identify them.

What drastically separates psilocybin mushroom spores from other species of mushroom spores is the effects that come with consuming their fruit bodies. Psilocybin is a hallucinogenic substance people ingest, or the main ingredient found in several types of magic mushrooms, making it perhaps the best-known naturally-occurring psychedelic drug. Mushrooms offer a plethora of medicinal benefits for the body when consumed, hence the recent trend of mushroom infused coffees and creamers for example. But for those who have ingested a dose of Psilocybe Cubensis mushrooms, they get more than let’s say a Chaga or Lion’s Mane brain boost. Psilocybin is a hallucinogen that works by activating serotonin receptors, most often in the prefrontal cortex. This particular part of the brain affects mood, cognition, and perception for people. This psychedelic component found naturally only in magic mushrooms has been observed and reported as changing the user’s world completely.

What Are Psilocybin Mushroom Spores?

As with all of Mother Nature’s creatures and living organisms, reproduction is at the fore-front. Like other fungi, mushrooms reproduce via spores, which travel by breeze to find a new place to grow. Mushrooms most often live in sheltered areas on forested floors, however, where the wind doesn’t blow. To solve the problem of spreading their spores, some magic mushrooms (including the hallucinogenic Amanita Muscaria) create their own wind geniusly. In order to do this, the fungi increase the rate that water evaporates off of their surfaces, placing water vapor in the air immediately around them. This water vapor, along with the cool air created by evaporation, works to lift spores. Together, these two forces can lift the spores up to 4 inches (10 centimeters) above the mushroom, according to a presentation at the 2013 meeting of the American Physical Society’s Division of Fluid Dynamics. How very impressive to say the least, for an organism that is most often bound to the ground! With human intervention, spores are easily captured by placing the mushrooms spore filled cap above a flat surface and waiting. The spores naturally release and are left upon the surface.

Although microscopic in size, learning how to print psilocybin mushroom spores gives someone the blueprint for all mushroom growth. Or in other words, the spore of a mushroom contains all of the necessary materials to form a brand new fungus. A mature mushroom is said to contain up to 16 billion spores, giving Mother Nature and cultivators plenty of opportunities to propagate more. In Mother Nature, when the spores of a mushroom are released they often travel a certain distance before they land. The single cell then sends out hyphae (each of the branching filaments that make up the mycelium of a fungus) to help establish and gather food for the actual mushroom. After the spore has sent out its hyphae, they will eventually meet up with the hyphae of another mushroom. After the sexual process of reproduction has begun, the mushroom forms the structures of a “fruiting body” that will eventually produce and disperse spores. Not only are psilocybin mushroom spores beautiful when captured, but fascinating as well. Hence the reason for the growing interest in learning how to buy legal psilocybin mushroom spores, as well as print them successfully.

The Fun And Beauty Of Printing Your Own Mushroom Spores

Is It Possible To Buy Legal Psilocybin Mushroom Spores In The United States?

In many national, state, and provincial drug laws, there is a great deal of ambiguity about the legal status of psilocybin mushrooms. There is also a strong element of selective enforcement in some places being that psilocybin and psilocin are deemed illegal to possess without license as substances. Like cannabis years ago, the recreational use of magic mushrooms is still considered illegal in North America, or at least the United States. Although categorized as a Schedule I controlled substance, mushroom activists and enthusiasts are pushing for decriminalization in the United States. Or at least to make it no longer a punishable offense for adults aged 21 and older to possess psilocybin mushrooms for personal use. Decriminalization is different from legalization however. And in this case if someone is caught selling, distributing, or possibly cultivating them, they could still face criminal charges. Laws are ever changing though, and Oregon is one state that proves in more recent news. On 3 November 2020, voters passed a ballot initiative in Oregon that made “magic mushrooms” legal for mental health treatment in supervised settings from 1 February 2021. A clear win for mushroom activists and enthusiasts mentioned above, that push for decriminalization in the United States.

How To Buy Legal Psilocybin Mushroom Spores From A Trusted Source